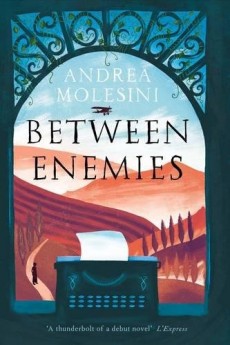 During the first world war an elderly family and their grandson are living in their villa in the Italian countryside close to the front line. How does the family cope when the villa is requisitioned by enemy armies?

In 1917 the Italian army suffers a defeat which means that the ancestral home of 17-year-old Paolo is being requisitioned by enemy armies, first the Germans and then the Austrians. The villa is a large house with outbuildings and grounds in which there is the local village church. The village and villa are situated close to a range of hills and a river which now form the new front line.

Paolo lives there with his grandparents, aunt and their servants. This novel tells the story of how the family and the local villagers manage life under occupation. It documents the way in which there can be passive and active resistance in such circumstances, yet does not shy away from the terrible deeds that can be meted out to civilian populations by occupying armies.

Such crimes are described as part of a life that is gradually becoming less and less tolerable but about which there is little choice. The whole atmosphere of fear, oppression, cold and poverty threatens at times to overcome Paolo’s account of everyday life as he approaches his 18th birthday. And yet throughout the book the strength and courage of the people around him, his grandparents, his aunt, and various servants, shines through: the way in which they treat the resident officers; the dishes that the cook conjures up, unidentifiable though the ingredients may be; the small, almost inconsequential acts of resistance; and the active resistance that exposes everyone to risk. To a certain extent the feelings of the enemy commanders are exposed too, the way in which they too are human, with sometimes conflicting thoughts about the situation in which they are placed.

All this amounts to a thoughtful and honest account of life at the time, in a manner very reminiscent in many ways of the later Italian war diary of Iris Origo, but set in the first world war rather than the second world war setting of the Origo book.

The structure of the book is interesting. There is no sense of crimes needing to be solved as the crimes are just part of the daily cruelty of war. Instead the book comprises a series of often small windows onto life at the time, spoken in the voice of Paolo. These include his ideas and thoughts, his perceptive observations and his discussions with his elderly relatives, the servants and his friends. He sees how his elderly grandfather maintains his positive approach to life; how his aunt walks a clever line between tolerance and hostility; and how the trusted servant, Renato, maintains stability in the life of the villa.

These pictures are a chronological account of the period. While slowly unfolding at the start of the book, they gradually draw the reader into the life of the villa, building tension. The final chapters are thus compulsive reading and yet still the depth of thought is maintained. Based on some true events and set in real places in history, this is a novel that raises contemporary questions about war and occupation.