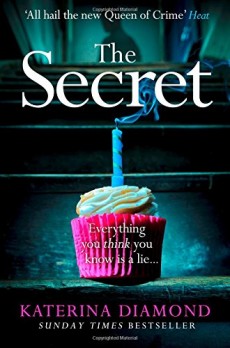 The hunt is on for DS Bridget Reid, who has been working as an undercover prostitute in Exeter.

It is only by luck that Bridget is not in her seedy flat when two men burst in and kill two of her ‘fellow’ prostitutes and a client. She knows the killers are on to her, and makes her escape, leaving a message on DI Sam Brown’s answerphone. But her bid for freedom is short-lived.

DS Imogen Grey and DS Adrian (Miley) Miles are sent to the scene of the crime of the triple murder, where clearly by the way her body had been mutilated, one of the women was the target, and the other two were just in the wrong place at the wrong time. They mark Bridget as a possible suspect. Until DS Sam Brown from Plymouth turns up and tells them she is an undercover cop.

Imogen and Sam have history, none of it good – particularly after Imogen got knifed because of Sam’s betrayal, two years before. Now she cannot trust him, even though his supposed reasons for letting her down are plausible. And when she sees Sam beating up his girlfriend, Bridget, on camera, Imogen’s mistrust kicks into overdrive.

As lie after lie unfolds, it’s questionable whether the detectives will ever find Bridget and whether they will ever discover the truth.
This story, set in Plymouth and Exeter, and hopping mainly between two years previously and the present, is a true web of intrigue, lies and interconnections. The plot makes for a fascinating, if slightly contrived read. Although my disbelief’s suspension took a bit of a bashing along the journey, especially when the relations between detectives and criminals became clear, it was not enough to stop me from enjoying the book.

The main characters, at first rather predictable, become increasingly multifaceted as their histories unfold. Pleasingly, Katerina Diamond has a way of treating their backstories so that they don’t slow the overall pace unnecessarily.

For the most part, the story is written in the third person, but with enough introspective dialogue that the characters come alive. Their realistic flaws and thoughts make even the lesser characters three-dimensional. The chapters devoted to the main criminal are written in the first person, and start when he is a child. I had an issue with the early chapters devoted to this person; the voice was wrong and unbelievable for someone so young.

With so many lies, half-truths and murders, The Secret is a deliciously complex plot, complemented by a mostly easy-to-read voice. Diamond may be a relatively new author, but she has already mastered the art of plot-twists and pacing. The Secret is a great page-turner.