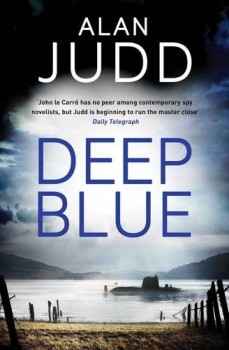 Charles Thoroughgood, Head of MI6, agrees to an informal request from MI5 to look into a case involving a group of political activists calling themselves Action Against Authority. Legal reasons prevent MI5 itself from pursuing the case because the group is linked to a political party – the SNP.

Charles Thoroughgood, head of MI6, is talking with his wife, Sarah, a lawyer, when she mentions a case involving a group of political activists calling itself Action Against Authority – a name is not unfamiliar to Charles because Michael Dunton, his opposite number at MI5, had made an unofficial approach to him concerning the group, which had infiltrated itself to some extent into the Scottish National Party. He said they were subversive and possibly dangerous and asked Charles if he could use the resources of MI6 to keep an eye on their activities – something that MI5, banned from investigating British political parties, cannot do.

He had a further request involving internet chatter about something or someone called ‘Deep Blue’. He had a vague recollection that MI6 had been involved in a case in which the name featured back in the Cold War days. Charles says he remembers the case and agrees to check the files and see what he can find.

As he does so his mind takes him back to 1980 when he was a young man not long in the service. He remembers two Russians who had been in a prison camp in the Soviet Union. One of them, Josef, angered by his inhuman treatment in the camp, had become an informer for MI6, though by the time Charles got to know him he had been regarded as of no further use. Charles’s task was to pension him off – something he failed to do when it became apparent that he could still be useful.

This back story and current events are presented in detail in alternate chapters headed ‘1980’ and ‘Present Day’, during which it becomes clear that the two requests made by Michael Dunton are somehow linked and that ‘Deep Blue’, which had been mentioned as part of a long-dead case, had been resurrected to refer to something that was about to happen now – nearly 30 years later. The way in which the two case are linked is very neatly and persuasively done and appears to be completely natural. Charles had discovered the meaning of the term ‘Deep Blue’ all those years ago and the knowledge is now vital to an understanding of what is apparently happening.

In many novels involving MI5 and MI6 the emphasis is on the rivalry between them. Here, however, there is co-operation, though that does not indicate an absence of politics. The author is very convincing in his depiction of the part played by the Home Secretary and the Foreign Secretary or, more often, by their special political advisors. There is a feeling that, with the possible exception of the heads of the two services, the remaining players are less concerned with eliminating the danger and more with their own personal interests and ambitions. We find no difficulty in believing this to be the norm for our political masters.

There appears at first glance to be a weakness in the novel where one failed criminal attempt, described in some detail, is followed by virtually the same one, described in even greater detail, many years later. As if anticipating our reaction, the author presents us with an entirely unexpected ending, one which, given the nature of the participants, seems highly appropriate. It certainly brings the novel to a very satisfactory close.