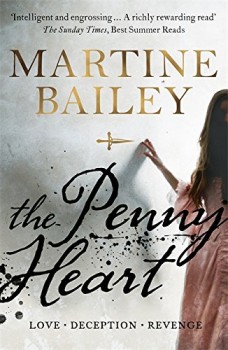 Peter and Michael, two 18th century gentlemen, are duped at a Manchester public house. Michael catches the criminal, a young woman called Mary Jebb, who is subsequently deported to Botany Bay. How sweet is her revenge for this cruel punishment.

Mary Jebb is a young girl who comes from a poor and abusive background in Manchester. She gets caught playing a simple confidence trick on two gentlemen, Michael and Peter. It is the 18th century and Michael’s anger ensures that she receives the death sentence. However, helped by old friends, she is finally deported to Botany Bay.

Grace is the daughter of a controlling, idealistic man whom she is required to look after when her mother dies. Her family lives on land adjoining that of Michael’s family. Grace’s father is approached by Michael’s family with an offer of a possible marriage between Grace and Michael. Grace has never met Michael but she sees the opportunity as a means to escape a life of drudgery. The story tells of how two young women tackle the reality of their lives, which eventually inevitably overlap.

Whilst this book is categorised as a crime fiction novel it reads more like an 18th century tale in the style of Dickens or Eliot. There is a great deal of deception, but solving a crime does not seem to be the main purpose of the novel. Any crimes are incidental to the story and solutions emerge as the story unfolds.

The descriptive prose enables the reader to see the surroundings of these two young women. When Grace arrives at the old derelict house which is to be her home, the damp, dark, cold and fear seep through the pages of the novel. Each room in turn is wonderfully described in detail, but rather than despair, Grace’s positive outlook eventually begins to illustrate how each might be renovated and updated. The process of cleaning them and choosing new furnishings gives the reader hope and imparts some of the excitement of seeing them transformed.

The cellars and the tunnels under the house too are perfectly described with fearful noises sounding closer than in reality. The bricks and the running water conjure up images of horrors in the past or those to come. Similarly, descriptions of the places experienced by Mary in Australia and on the boats and stopping places en-route feel very realistic. The fact that she is focussed very much on herself and her survival would be true.

In the same way the description of the lodging house in London feels remarkably real: the tidiness of the elderly captains’ rooms; lodgers heating up scraps of food in the grate in their room when money runs out; the prejudices of the landlady, all contribute to the feeling of such a place. Indeed, food forms an interesting thread throughout the book.  Each chapter begins with a recipe for one of the food items mentioned in the chapter. Puddings and sweet dishes in particular are described in minute detail, and the reader begins to understand the significance of food to those who have been through periods of starvation.

The characters are well observed throughout: the weak and resentful man, easily influenced by others; the scheming woman, able to change her character to fit the circumstances whilst all the time pursuing her goal. The reader is persuaded to be sympathetic to such a character at times, understanding her motives and the outcomes of her rough and often violent past perhaps. However it is Grace who attracts our concern: always looking for the best in people, and often appearing gullible, she is nevertheless a strong woman.

Throughout the book, it is tempting to guess what is going on but in fact the outcome is difficult to predict accurately until the final chapters. Overall this is a well-researched book and a good read.