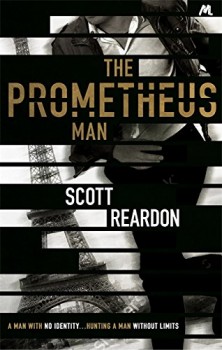 CIA Agent Tom Blake is on the trail of a man with enhanced physical abilities, intending to revenge himself on the people who killed his brother.

This dark and disturbing novel describes the experiences of a young man, Tom Reese, who has taken on the identity of a CIA Agent, Tom Blake, in order to give him access to information to discover the identity of the man who killed his beloved older brother.

Running alongside this story, and apparent from the opening chapter, is that there have been scientific experiments involving men and chimps and which have led to significantly enhanced physical prowess.

Wherever Tom goes he discovers the people he is seeking have been recently killed. Someone is following Tom and is using his skills to eliminate the people concerned. Tom eventually meets with Silvana, the sister of one of the men who is killed and the daughter of one of the main suspects in the killing of his brother. They develop a Bonnie and Clyde type relationship, or maybe a Stockholm syndrome ensues, but the result is a close link between the two young people.

At times the plot of The Prometheus Man is rather difficult to follow, the names of the main protagonists, and their different skills and relationship with the layers of investigation, seemed rather confusing. However, as the plot developed their different intentions, their layers of involvement with each other and their complicated interrelations became apparent. At the same time, I developed sympathy for Tom and for Silvana and wanted a good resolution for them. Interestingly, the plot gives no indication regarding the type of final denouement that will ensue, and this remains the case up to the very last page.

At the end of the book I decided I had enjoyed the read and I would certainly recommend persevering through the darkness and the complication in the early stages.