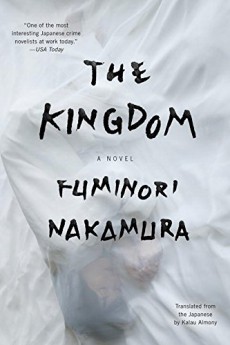 Yurika poses as a prostitute to obtain compromising photographs of men. Life gets complicated when one of her targets turns out to be a powerful man who knows what she has been doing.

Yurika is a beautiful woman who earns a good living setting up men as directed by Yata, a representative of a powerful interest group. She poses as a prostitute, but when she has the mark interested, persuades him to take a drug which induces paralysis, enabling her to take photos which can be used to exert control.

The nature of her work occasions Yurika with no qualms, but her life changes after she is introduced to the head of the orphanage where Yurika was herself brought up. The man is soon identified as Kisaki, actually a very powerful underworld figure, and someone who seems to know Yurika so well as to be able to anticipate her every move.

In the battle between Yata and Kisaki, the uncertainty about who is stronger is soon resolved, but Yurika’s position is perilous. She could be accused of betrayal by both parties, and neither are people who take that sort of thing lightly. Fully appreciating the risks, Yurika makes plans for escape, but is it already too late?

This is as dark a novel as you are likely to find. Yurika has no friends to speak of, although we do hear the tale of Eri who once confided in Yurika. Eri was induced to leave a secure job and travel to another city to join a man who delighted in the grief he then brought by announcing that he was not what he had led her to believe. Her despair brought him enough excitement to induce him to rape, an experience supposedly also enjoyed by Eri, despite her natural feelings.

Yurika’s bleak outlook on life is presumably conditioned by her experience in the orphanage where she was brought up, although little is said about that. After Eri’s death, she funded expensive medical care for Eri’s orphaned son Shota, although the treatment was ultimately in vain and there seems to have been no emotional connection between Yurika and Shota.

Yurika’s cold philosophy is matched by that of Kisaki, the only other character whose voice we hear. Soon after the pair first meet, in a nightclub, he half-strangles a woman for the excitement of sharing her surprise, and presumably fear. There is some pretty strong stuff on sadism and masochism and who has control. Ultimately, says Kisaki ...’it’s not a question of what’s good or bad. What’s important is savouring all that (is) experienced.’

The author’s afterward explains that this is his tenth novel, and the blurb mentions that he has won several prizes, so I may be in a minority in finding it repugnant. It would be fair to say, however, that only those holding a desolate and grim view of humanity are likely to enjoy it.