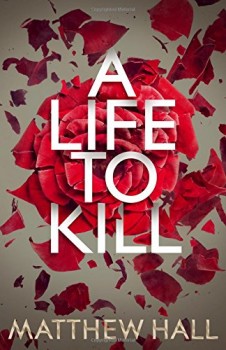 A Life to Kill

Coroner Jenny Cooper has to handle her hardest case to date, the inquest into the death of a young soldier in Afghanistan.

In the final hours before the withdrawal of the last British combat troops from Afghanistan, a young soldier goes missing from a remote outpost in Helmand province. No one can believe he was kidnapped but nor can they understand how he might have managed to slip unnoticed past four sentries. When his comrades discover that he has been taken hostage by the Taliban, a rescue operation is hastily mounted and in the resulting melee another soldier, Kenny Green, is killed and two more are seriously injured.

Back in the UK, Bristol coroner Jenny Cooper is asked to take on the inquest on the dead soldier. Jenny is suspicious of her superiors’ motives, especially in view of her reputation as something of a loose cannon, but feels she can’t turn the case down, especially as she’s recently been on a specialist training course to prepare her for the possibility of presiding over a military inquest.

Jenny is thrust into the closed ranks of the army, where it’s soon all too clear that she’s as welcome as a bad smell. Despite a superficial appearance of cooperation, no one wants to talk to her, and she’s certain the men have something to hide. Add a couple of slick, ambulance-chasing personal injury lawyers to the mix and tensions are soon at boiling point. Kenny Green’s pregnant fiancée has been sucked in by their promises of a large sum by way of compensation if his death is proved to have been as a result of any negligence on the part of the Ministry of Defence, but the MOD lawyers are equally determined to prove that Green’s death and the other men’s injuries were just the result of unlucky accidents.

In A Life To Kill, Jenny Cooper is in her element, despite the self-doubt and almost crippling anxiety that always besets her during a case. The more the members of C Company try to frustrate her investigation into the circumstances of Kenny Green’s death, the more she becomes determined to get at the truth. To make matters worse, Jenny is under close scrutiny from her own bosses, and the press are soon crawling all over the case. She also comes under pressure in her private life when pressure is brought to bear on her boyfriend who immediately suspects this is linked to her case.

Matthew Hall’s portrayal of army life comes vividly to life in the descriptions of the both the soldiers and the wives and girlfriends of the men of C Company and the effect of the conflict on those left behind. The youth of many those involved stands out very starkly; many are no older than their early 20s and some, like Pete ‘Skippy’ Lyons, the soldier captured by the Taliban, are only 19. Much is made – and rightly so – of the dangers of turning boys into men too soon, and too violently.

One thing the author should know, however, is that it’s a long time since anyone in the British army has been issued with revolvers as a service weapon!

The characters are well-drawn, and the pace never lags. The courtroom skirmishes are rapid-fire, with fortunes shifting backwards and forwards between the various factions as things come to light that cause Jenny to dig even deeper, despite the opposition. Her assistant, court officer Alison is by her side, lacking any sort of brain to mouth filter as usual, and the incidental characters such as Lieutenant James Gallagher who became a solider instead of studying theology, tough Sergeant Bryant and the emotionally-constipated Major Chris Norton add depth to a world that few civilians get to experience.