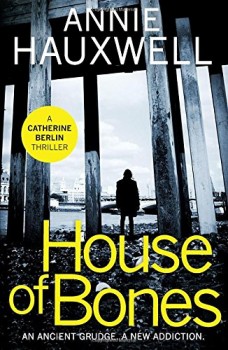 Catherine Berlin is asked to locate the victim of an attack by a schoolboy, a Chinese orphan in whom both the British establishment and the Chinese government have an interest.

This is the fourth outing for Catherine Berlin, a scarred veteran PI still struggling with heroin addiction. A friend working for Burghley, a discreet and well-connected investigative firm, offers her work locating the victim of an attack by a schoolboy, after an assault was called in by a witness and recorded on CCTV. The victim is not to be found, but certain aspects of the case give Berlin concern.

The assailant, Philip Chen, is an orphan Chinese boy aged 17, sponsored at the exclusive private school Palmerston Hall by a private trust. It emerges that Berlin’s client is Lord Haileybury, an ancient pederast who lives in a warehouse full of treasures looted from the Summer Palace in Peking by an ancestor. Berlin regards his relationship with Philip unhealthy, if not illegal, especially as it appears he was supplying Philip with opiates.

A local policeman, Bryant, is determined to expose Haileybury, but his heavy-handed efforts are not appreciated by his superiors, who wish to avoid embarrassment on the issue of the treasures, the ‘Haileybury Bequest’. The Chinese government also have an interest, keen to see the treasures restored to China and prepared to exert any available leverage to bring this about.

Berlin’s attempts to get the full story are initially frustrated. Chen is sequestered at The Abbey, where celebs go to dry out, and a place where Berlin has a history, as well as friends. She manages to interview Chen and finds that the Chinese have been arranging for him to receive letters from someone purporting to be his mother. She sets off to Hong Kong and then to the Chinese hinterland, where the pieces start to fall into place.

Berlin makes an interesting protagonist, albeit with the fashionable addictions and emotional problems of the modern investigator. Enough is said to suggest a difficult childhood, with an unsupportive mother. Said mother is being buried in the opening chapter; her death while bringing a close to an abrasive relationship brings with it emotional turmoil. Haileybury’s wealth and generosity with spirits and narcotics turns Berlin’s head for a while.

The Chinese aspect of the case provides a hint of the exotic, and would have been more impressive if a few very obvious pitfalls had been avoided. It is easy to ascertain that Hong Kong does not have trolley buses, nor quayside city bars where one can watch ‘the turbulent grey waters of the Pearl River Delta.’ There’s a touch of oriental hokum about the plot too, come to that.

But back in Wapping the author is on firmer ground, and exercising her professional skills, Berlin comes across as the sort of investigator you might find skulking around the less salubrious parts of the capital. Reeling from one nasty encounter to the next, she seems unlikely to survive too long and if only for that reason is an intriguing protagonist.