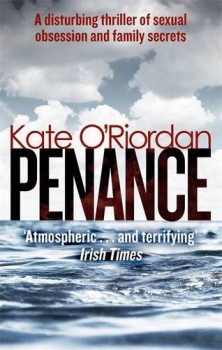 Rosalie cannot watch her daughter, Maddie, spin any further out of control. She takes her to bereavement counselling, not realising her nightmare has only just begun.

Rosalie’s life cracks at the seams the night the police arrive at the front door. Rob, her teenage son, is dead, killed in a tragic swimming accident whilst holidaying in Thailand. Six months later, her marriage is flotsam; Luke, her husband, is living in a flat. Maddie, her daughter is unrecognisable. Gone is the carefree teenager, now she irrationally blames herself for her brother’s death, and is running wild.

Tensions come to a head when Maddie comes home one night, high on drugs and badly injured. At first Rosalie and Luke think she has been raped. But at the hospital they learn her injuries are girl-gang related. Father Tom, priest and family friend, persuades Rosalie that bereavement counselling is their best and only option for saving what is left of Maddie.

Rosalie and Maddie meet Jed at one of the meetings. Young, attractive, and wise beyond his years, Jed soon changes Maddie into his compliant, besotted lover. But the effect he has on Rosalie is even more devastating …

Thankfully, few of us know what it is like and how we would react to losing a child. I was worried this story would be filled with melodrama. But on the whole I was pleasantly surprised. Although there were moments where I felt the scenes of desperation were overworked, generally Kate O’Riordan treats them with restraint.
It is well documented that many marriages collapse in the wake of tragedy, particularly when it is the loss of a child. However, I felt a distinct lack of anguish at the prospect of divorce on the part of Rosalie, a practising Catholic. It was probably the one thing that truly rattled my suspension of disbelief, even more than her act in the final pages. I was also unconvinced by the speed at which Rosalie turned from a suspicious mother into a more than capable PI who was ready to break and enter a violent man’s home.

Some of the plot developments were predictable, but well enough written that their triteness did not detract from the satisfyingly dark atmosphere throughout the whole of the book. I also found it quite believable that a grieving older woman could be taken in by an attractive younger man. However, I would have thought he would have remained the ‘surrogate son’ for longer. Rosalie’s descent into sexual obsession seemed slightly rushed. That said, there is an enjoyable subtlety to most of O’Riordan’s foreshadowing. And she has an art for creating ugly twists that make each of her main characters damaged and therefore whole.

Disturbing, and in places graphic, Penance is written with confidence and perception. None of the main characters walk away guiltless, which is refreshing and realistic. For a dark story of human failing, set in an intricate plot, look no further. This one ticks all the boxes, and stays with the reader long after the final page.