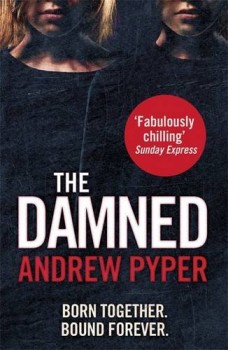 Danny Orchard is famous because he was still born and then had another near-death experience and published a successful memoir. Danny also used to have a twin sister, Ash, but she was not someone you would have wanted to meet. Now Ash is trying to ruin Danny’s life again.

Danny Orchard is famous in his own way, because he wrote a successful memoir of his experience of death, first as a still born and then at the age of 16, just after his sister was murdered. Ash was Danny’s twin sister. She remembered her experiences when she was still born and she grew up to be evil, controlling and cruel until she died in a burning house at the age of sixteen, the object of an unsolved murder.

Unfortunately for Danny, Ash did not stay quiet but kept returning to taunt him and threaten him and finally, when Danny found love with Willa and her son, threatening to cause harm to those he loved.

Danny feels the need to solve the actual events surrounding his sister’s death and investigates the actions of people who were associated with him and his sister at the time. Eventually, after another vivid near-death experience following a heart attack, he decides on a strategy which will involve him returning into death to pull Ash back into date and to prevent her malign influence on the living.

The first half of the book is very engaging. Danny tells his story both present and history with candour. The ramifications slowly unfold and one is left with a strong empathy for the main protagonist and feeling of extreme dislike for his sister. Despite the nature of the narrative the explanations crate a strong sense of reality and the ‘other world’ that he visits after his heart attack, is graphically described.

In the second half of the book, when in death and seeking to end his sister’s reign of terror, the imagery becomes more surreal and feels a little more laboured. I found it harder to keep my attention on the narrative although it is fair to say that the descriptions are cinematically clear.