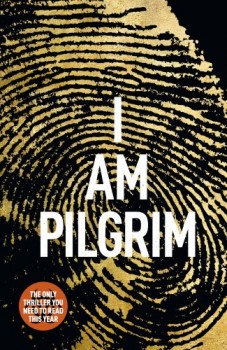 If ever a debut novel had Hollywood blockbuster stamped all over it, this is it. Given the author’s pedigree, it’s hardly surprising. English-born Terry Hayes was a journalist for the Sydney Morning Herald and at little more than 21 the paper’s correspondent in the US, covering Watergate and Nixon’s resignation among other stories. He left to front a radio current affairs programme, then went on to screenwrite two of the Mad Max films and Nicole Kidman’s first feature Dead Calm – which he co-produced – as well as many TV films and mini-series.

Hayes presents us with a technically masterful and fast-paced story in 700 complex pages. His research is exhaustive. Although few Frenchmen have ever heard of the Nazi concentration camp at Natsweilen-Stuthof in the Vosges mountains where thousands of Jews, gypsies and four women members of Britain’s Special Operations Executive met their deaths, even though it is preserved as a national shrine, Hayes uses it to illustrate a minor point in building the character picture of his protagonist.

His terrorist plot to cripple the Great Satan of America is scientifically feasible – a Pentagon simulation of a mini-version in 2001 produced horrifying results and since 9/11 the US has stockpiled bio-warfare vaccines. Given the catastrophic failure of its intelligence services to predict, let alone intercept, the attacks on the Twin Towers, the plot is horrifyingly realistic – a true terrorist spectacular for the 21st century.

Pilgrim is a retired senior member of a small, deep cover intelligence operation to catch American traitors and their contacts – and if necessary, eliminate them. He has used his arcane knowledge to write an investigative handbook. He is tracked down by a New York homicide detective and is horrified by a murder which appears to have followed one of the book’s examples to the letter. Together they begin to piece together a story which criss-crosses three continents to a Saudi mujahideen intent on revenging his executed father through a single devastating strike against America, the main backers of both the Saudi royal family and the Israelis.

It’s violent, grim and shocking in parts. The ‘war on terror’ is one fought without rules or mercy. But Hayes’s strong characterisation puts the motivation and actions of his central players into context and is balanced by some deeply moving scenes.

Comparisons are odious. Hayes is not a Fleming or Forsyth of the new century – and either of them would be horrified by his mis-attribution of a doggerel poem by Rudyard Kipling. This is a deep, intelligent and complex modern thriller. It pays tribute to both masters with a chase in a boat warehouse and a wealth of explanatory detail, which occasionally leads to a slightly uneven pace, but this more than stands on its own as a work of sheer brilliance which will appeal to murder mystery, espionage and thriller fans alike.

Not only do we have a splendid plot that engages and compels us to keep turning the pages, we have well developed and mostly likeable main characters who act with a great deal of humanity and naturalness; I particularly liked the character Ben Bradley and of course the hero, code-named Pilgrim. Even the anti-hero is treated with some empathy; we are able to understand his radicalisation but not able to forgive his actions.??

Then we have the stunning visuals - the setting of time and place so realistic I could place myself in the scene; on the roads, in the cafes, in the desert of Afghanistan, in streets of New York, in Red Square, in Bahrain and watch the world go by. This story has phenomenal visuals, a strong sense of place, realism that appears natural and not contrived, a testament to the monumental amount of research that must have been done to write this narrative. The atrocities and the violence are just as real.??

I don’t expect to read a better constructed, better written or more realistic thriller this year and look forward to the inevitable film, but whatever Hollywood does with this won’t be a patch on the original. I think this book well open the eyes of many as to the state of the world we are currently living in - to the wealth of information about individuals that we unknowingly and mostly without permission, offer up to the technical masterminds' of the world. Let's just hope they are on our side.