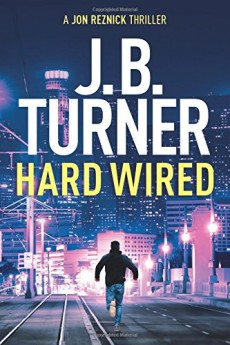 Ex-Delta Force operative Jon Reznick is top of the list of someone with a grudge against his former unit, and whoever wants hm dead is closing in fast.

With the sad demise of the short-lived but high-quality Exhibit A, the crime/thriller arm of Angry Robot Books, I thought I might have seen the last of JB Turner’s Jon Reznick series, but fortunately the ex-Delta Force tough guy has found a new home with Thomas & Mercer.

When Reznick takes a call from an old friend from days as a special forces soldier he isn’t expecting to find himself talking to a dying man. Charles ‘Tiny’ Burns is dying is in a car, his wife and son dead beside him, surrounded by paramedics, but he knows he isn’t going to make it and he wants to warn Reznick to be careful. His last words are chilling: “They’re gonna kill us all.”

It’s not long before Reznick finds out what happens as the car crash in which his Burns and his family died is splashed all over the news. The accident is blamed on Burns being drunk at the wheel of his car, but Reznick knows that his friend didn’t drink, and with the sinister warning still ringing in his ear, Reznick is determined to investigate further.

It soon becomes clear that Burns was right. Someone from Reznick’s past wants him dead and they’re steadily working through a not very long list. Other former colleagues from his Delta Force days start to turn up dead but Reznick has to work hard to convince FBI Assistant Director Martha Meyerstein that there’s more at work than a series of unfortunate coincidences. Even when he finally manages to gain her cooperation, it’s soon clear that there are people above her who want to cut her ties with Reznick and leave him without any back-up.

Meyerstein is almost as tough a nut as Reznick, though, and doesn’t react well to either pressure from above or threats, even if she has to bend the rules to breaking point to help the man who has put his life on line for her in a couple of past operations.

For me one of the great strengths of Turner’s series is that it makes such a refreshing change to see equally strong male and female characters working together without any hint of either romance or sexual tension, unresolved or otherwise. All too often that intrudes and manages to wreck otherwise decent thrillers. Instead, Turner serves up plenty of action without it ever reaching unrealistic proportions. Reznick is as hard as nails, but the action always remains firmly rooted in reality. He’s able to think his way out of trouble as well as resorting to fists, feet and guns. His ruthlessness can be shocking, but as a character he always manages to retain my sympathy as well as my interest.

Hard Wired is fast-moving, enthralling and stuffed full of believable, even if not necessarily likeable, characters. A particular favourite of mine was the anonymous computer hacker prepared to infiltrate anyone’s systems for the right price. The fact that people with those skills exist is both alarming and oddly comforting, especially in a circumstance when the powers that be are prepared to sell someone down the river for all the wrong reasons. Turner has produced another solid thriller that delivers action without sacrificing characterisation or ever stretching credibility to breaking point.