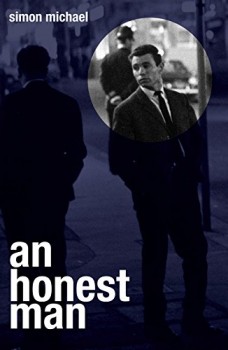 Criminal barrister Charles Holborne has escaped being framed for murder, but his life and career are in ruins. A major brief offers him a lifeline, but drags him into London’s shadowy underworld.

London, the early days of the swinging 1960s. North of the River and through towns and cities outside the metropolis, the Kray brothers run organised crime, with politicians, lawyers, showbiz personalities, singers and a string of bent policemen on their payroll. South of it, the Richardson gang are beginning their brutal rise to domination. Bernie Silver is the major player in the booming business of pornography.

Criminal barrister Charles Holborne has escaped being framed for murder – so brilliantly portrayed in Michael’s earlier book The Brief – but his life and career are in ruins. A major brief offers him a professional lifeline, but drags him into London’s shadowy underworld and even puts his own life in danger.

Simon Michael published several books in the UK and the USA in the 1990s. A 20-year return to the courtoom, in which he prosecuted or defended every type of criminal, ended and retirement saw him turn to full-time writing. This the second book in the Holborne series. He uses all his training and experience to produce a superbly researched, well-written labyrinthine part-thriller, part-courtroom drama. The introduction of court documents, transcripts, witness statements and briefs serve to make the plot more realistic and the Old Bailey trial which is the story’s climax is both gripping, utterly compelling and thought-provoking.

Michael keeps his reader guessing with clever twists and some amazing descriptive writing. Nothing is missing from this gritty and fast-paced tale. He writes with ease, creating scenarios which sweep the reader along amid some furious action, but never missing the finer details. His almost casual description of the anti-semitism of the legal profession at the time is a masterpiece of understatement which makes its own telling point.

The story is set as I was just beginning my career as a crime reporter. It is so authentic, I found myself putting real names to some of Michael’s characters. From villians, real or imagined, to the coterie of bent lawyers – both solicitors and barristers who represented only professional criminals and took their fees in cash – to the corrupt police of CO C8, the Flying Squad, bent from its Commander to the lowest DC and even the irascible judge, surely Lord Justice Melford Stevenson, all are completely true to life.

Holborne is a something of an enigma, his love life pretty much a disaster area. Proud of his Jewishness, yet changing his name for professional advantage, he is capable of brilliant deduction and near-perfect decision-making in some areas, while making silly mistakes in others.

Michael brings something new to the crime and courtroom genre. Set against the grimy underbelly of 1960s London, his accuracy and authenticity make this an absolute must-read for crime fans who value thought and content over furious action, however spectacular.