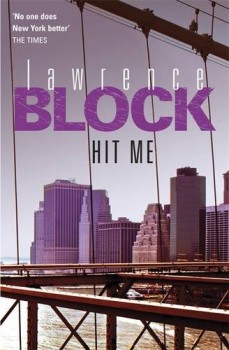 Readers coming across John Keller for the first time may wonder at the moral ambivalence of the hero of this enormously successful series being a professional killer – a man who will arrange almost any death if the money is right. But that unpalatable fact is the very success of the previous four of Keller’s Greatest Hits series and will no doubt ensure similar success for the fifth. The trouble is that whatever you think of his profession, you wind up liking the man.

Keller is just a regular nice guy. If you met him socially you would enjoy a pleasant and surprisingly intelligent conversation over a drink – provided you kept him off the subject of his near-obsession of collecting rare stamps.

In this latest novel – or possibly connected collection of short stories – Keller has moved on as he approaches middle age. He has given up his profession, moved out of New York and acquired a wife and adorable young daughter as well as a successful legitimate business restoring houses in post-Katrina New Orleans. But when the US sub-prime crisis sparks a nationwide economic downturn, Keller is at a loss what to do. A call from his old ‘arranger’ Dot offers a return to his former profession. This takes him to Dallas to settle a domestic crisis, to the Caribbean on a cruise with a key witness in a major case. and back to New York where he lived for so long – and the danger that he might be remembered.

None of Keller’s targets are what might be called outstanding citizens. Most have such obvious failings that you could see why someone would want them dead, but that still does not alter the fact that however carefully the actual deaths are almost glossed over, however careful the planning, it is still murder.

The strength of Block, the multi-award winning dean of American crime writers with more than 50 books to his credit, is that he makes it all seem so normal. Keller the family man is so well portrayed you could almost be in the room with him. The constant barrage of wisecracks with the ubiquitous Dot adds to this sense of normalcy – until you realise they are discussing murder. Even his near-obsession with French colonial stamps seems perfectly reasonable – as well as more than a little educational, albeit in some of the most bizarre facts ever to appear in a crime series.

It’s impossible to criticise Block. If you’re one of Keller’s fans, you’ll buy this anyway. If you’re not, give him a try. Apart from the killings, this is a beautifully written, cleverly crafted, humorous work which is well worth reading. Hit Me also sets up the next in the series of Keller’s often bloody, but always entertaining, journey around the less salubrious fringes of American society.