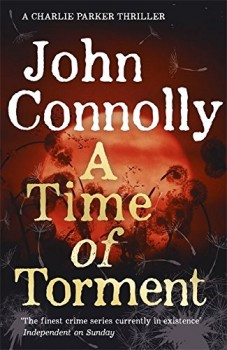 Charlie Parker is an unlikely hero, whose experience has led to a crusade against evil, supported by his equally unlikely sidekicks, Angel and Louis. It appears that he has access to knowledge and methods which are denied to more conventional investigators and this carries into the unorthodox actions taken by the trio.

The Cut is an isolated community set in the smallest county in Maine. The inhabitants of the Cut function with their own codes and rules and intrusion from outside is not welcome. Those who live nearby prefer not to be noticed by the Cut and are well aware of the criminal power exerted by the families who live there. Even the Sheriff is very wary in his dealings.

All is not good in the Cut itself, however. There is infighting and power struggles within the dominant family and this is having its impact on the way that the Cut is behaving. These power struggle are controlled and dominated by a vicious entity which is located in the centre of the Cut, the Dead King.

The atmosphere in this novel is deftly created. The darkness of the settings and of the protagonists are skilfully portrayed, giving the narrative a feeling reminiscent of a graphic novel or the work of Neil Gaiman. The plot would make an excellent dark film.

John Connolly marries graphic descriptions of aberrant behaviour by individuals with serious problems, the foreboding and threat experienced by a community living under the shadow of an evil family, evocative descriptions of place and just enough supernatural undertone to give the story an edge. The result is a narrative that rattles along at a tremendous pace. It’s easy to become engaged with the emotions of the victims of the action and this adds to a desire to keep reading. It is hard to put the book down.

I have not read any other Charlie Parker books but I intend to.