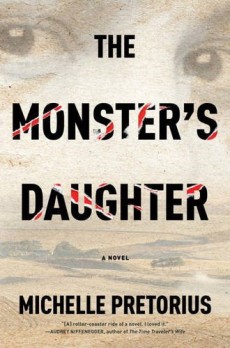 A British concentration camp doctor carries out eugenics experiments on Boer prisoners. A hundred years later, a young policewoman discovers a woman’s body, burned beyond recognition, a crime that leads her into her country’s violent past – and her father’s part in it.

Spread over more than one hundred years, it opens with a doctor conducting experiments in eugenics on his captive audience, the Boer woman interned in a concentration camp during the British ‘scorched earth’ policy at the height of the Second Boer War. Two children, a boy and a girl, survive this horrific precursor to the work of Mengele and others in the Nazi death camps of the 1940s, but both are strangely altered.

The courageous and resourceful girl keeps moving from place to place in order to survive. The boy, saved by a religious fanatic hospital matron, believes he has become the instrument of God and embarks on a lifelong campaign to eliminate those he believes to be like him.

This first part is quite unsettling, although totally compelling, to read. The dialogue runs smoothly and believably as key characters are developed, and the reader will be trapped by both the plausibility and detailed portrayal of the times.

Switch to modern post-apartheid South Africa, more than a hundred years after. Demoted after an affair with a senior officer, Constable Alet Berg has been sent on probation to a small township.

When a badly burned woman’s body is found, the proudly rebellious Alet is desperate to prove herself, and manoeuvres herself into position to assist Sergeant Johannes Mathebe, the long-suffering, by-the-book, black chief investigating officer.

During the course of the investigation she will uncover the involvement of prominent townsfolk in crime and corruption on a vast scale and spanning decades. She must also face the hidden past of her senior officer father and his part in some of the most brutal and shameful incidents in the undeclared war against the militants of the African National Congress and during South Africa’s secret involvement in the independence wars in Rhodesia and Mozambique.

Pretorius pulls no punches. For every neo-Nazi-like Boer thug or member of the infamous Broederbond, there are black South African sell-outs or just plain gangsters, as well as whites and blacks who refuse to relinquish their dreams of equality and independence.

Such an atmosphere produces numerous disturbing scenes of explicit violence. But overall, this wonderful book, at the same time a breakneck thriller and a clever literary exploration of the turbulent history of South Africa, with characters that are complex, engaging and utterly authentic and its totally unpredictable plot will astonish you – and bring you to close to tears.

If I was forced to criticise, there is a little too much dialect for the non-Afrikaans speaking reader, but most can be understood from the context. More seriously, while it makes much of the evils of apartheid, there is precious little reference to the in-fighting, betrayals, intimidation and killings by the ANC.

Throughout, Alet is a breath of fresh air amid the darkness and chaos. A firebrand who revels in her insubordination, her intelligence, fearlessness and persistence marks her as a woman to be reckoned with right through to the explosive, heartbreaking end.

This compulsive story highlights the personal and political costs of colonisation and apartheid in the South Africa, a country still struggling to come to terms with its past and define its future.

It is a history few outside or even in the Rainbow Nation, with the dark clouds of a struggling economy, poverty and homelessness, casual violence and massive corruption at all levels of government still hanging over it, have come to grips with.

This is a truly brilliant, exciting and thought-provoking read!