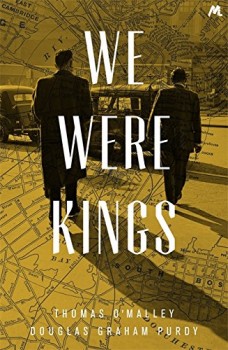 The discovery of a body in Boston harbour, tarred, feathered and shot, is just the beginning of a savage struggle during a hot and humid summer.

In July 1954, Boston is suffering from a heat wave. The tracks of the ‘L’ are buckling, water pipes bursting and power outages depriving people of even the slight relief of cold drinks and electric fans. The temperature and humidity are putting everybody under stress.

Boston PD detective Owen Lackey has received information that weapons for the IRA are coming into Boston. A ship is found abandoned but the arms are gone, and the treatment of a body washed up on the shore, tarred, feathered and shot, suggests the IRA were disposing of an informer. Lackey requests his cousin Cal O’Brian and Cal’s friend Dante Cooper to ask around amongst the Boston Irish for a clue as to who is involved.

All that surfaces are a few hints and warnings, but when another five Irish men are found dead it is evident there is a struggle in progress. The reader is introduced to some men of power in the Irish community, and although the shape of their dispute is still unclear, the decision of one of these men to bring a quartet of killers over from Ireland suggests plenty of blood will be spilled.

The two main characters Cal and Dante were first brought to life in Serpents in the Cold set a few years earlier, in the depths of a cold Boston winter. Cal remains traumatised by his overseas wartime experience, an ex-policeman now running a private security service, devoted to his wife and daughter. Dante, a pianist and motor mechanic, is haunted by the deaths of his wife and his sister and continues to fight an addiction to drugs.

The authors’ depiction of the city is utterly convincing: verminous, insect-ridden, and decrepit.  Most of the action takes place in the less salubrious parts of the city, dilapidated tenements in ill-cleansed streets and noisome alleys, low drinking dens and dirty coffee shops and eateries providing the poorest of fare. The human activity within this warren is all of a piece, alcohol-fuelled aggression, bestial behaviour and indifference to suffering.

Even the two protagonists are hard men capable of great violence, although in their cases balanced by some evidence of tenderness: Cal for his family and Dante for the three-year-old girl to whom he has given a home. This suggestion of compassion in their make-up, added to the complexity of their pasts, make them interesting protagonists. Cal and Dante are undeniably brave and willing to fight for the causes they believe in, and while their involvement starts as peripheral, they end up being central to the bloody resolution of the dispute.

The book is spare in its imagery and in dialogue, with plenty of detail evoking time and place. How the two writers divided up their contributions is unclear, but there is no visible join, and the plotting and flow of action are very smooth. This is quality stuff.