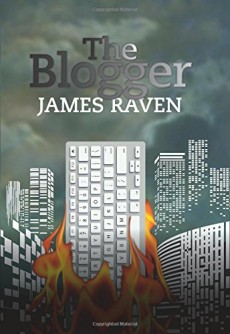 When a popular blogger falls to his death, DCI Jeff Temple and his team have to weather the inevitable media storm.

Daniel Prince is an activist blogger with a massive following. He’s not afraid to take on big business or corrupt politicians and has just succeeded in bringing about the resignation of four MPs in an expenses scandal. Politicians resigning over something like that? This really must be fiction.

Prince’s girlfriend Beth Fletcher is looking forward to being back with the man she’s soon going to marry, but when she arrives at the apartment block, she’s greeted by the horrific sight of Prince’s badly-damaged body, surrounded by police and onlookers. Not the best of homecomings!

DCI Jeff Temple of the Major Investigations Team draws the short straw in what is clearly going to be an investigation carried out in the full glare of the media, and has to decide whether Prince fell, was pushed or committed suicide.

A note found in Prince’s flat at first makes it look like an open and shut case of suicide, but as the forensic team delves deeper into the dead man’s flat, things start to look a lot less certain. Despite being under pressure from his superiors to wrap things up easily and quickly, Temple is determined not to be rushed. Beth Fletcher is certain her boyfriend wasn’t depressed and wouldn’t have killed himself, and Temple is inclined to agree with her.

The plot of The Blogger isn’t particularly taxing, and for anyone who has lived through the numerous distributed denial of service attacks launched against the Russian-owned blogging site LiveJournal, bringing widespread outages, the idea of government attacks on blogs and bloggers certainly won’t come as any surprise. Raven keeps the story trotting along at a reasonable clip but unfortunately, the villain of the piece decides to indulge in a typical Breakfast at Southfork moment (yes, I’m old enough to remember the American soap which frequently recapped the plot for everyone’s benefit over breakfast) where he explains his motivations and actions, just in case anyone hasn’t been keeping up!

James Raven does a good job of evoking the world of online blogging, and his police team comes over as solid and sensible, but the book suffers from some clumsy and unnecessary foreshadowing, together with frequent bouts of clunky prose and stilted dialogue, which drags down an otherwise serviceable plot and a bunch of largely believable characters.