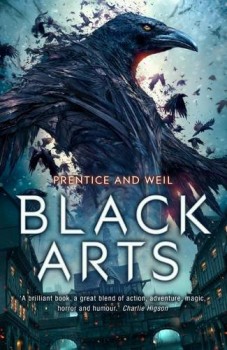 Jack lives in Tudor London, in a secluded alley with his mother, until, on the verge of entering life of organised crime, he encounters a world he did not know existed, a world of red-handed priests, demons and magic. As a result he finds himself fighting for his life, encountering allies in surprising places and meeting the famous Dr Dee.

Jack lives in Tudor London, in a secluded alley lives with his mother and is set to join the mob of criminals led by Mr Sharkwell, as long as he can pass the initiation test. In the test he foolishly steals the purse of a priest with red hands. The purse contains gold and a pipe full of red powder. This powder will change Jack’s life.

After a violent crime, Jack seeks vengeance against the red-handed priest, Webb. He is successful in his work with the criminal gang until he falls into the grip of Kit Morely, the romantic intelligencer, who introduces him to the Queen’s magician, Dr Dee. From here on Jack’s life becomes increasingly complicated, and influenced by magic. Someone is encouraging magicians to experiment with the Diabolon, a magical book, but as a result they are dying. London is becoming increasingly uncomfortable about the magicians and increasingly influenced by the red-handed priests, led by the charismatic Webb.

Despite the fantasy element to the story and the underlying plot of London’s long and distant past, influenced by a sequence of idols and spirits, the book does not read as standard fantasy fare. The plot is well crafted and the behaviour and emotions of the characters are more significant than the magical events. There is even a romantic aspect with Beth, Sharkwell’s granddaughter, a talented master of disguise, and strict adherent to the rules of the criminal code.

Tudor London is graphically and atmospherically described by Prentice and Weil. The characters, both human and magical, the ambience of the streets, the squalor and the splendour of the different buildings and the ordure of the streets by the Thames, transport the reader deep into the setting. Having said that, there were times when London appeared more Victorian than Tudor.

The story is reminiscent of the works of Leon Garfield in its atmosphere, Jonathan Stroud in its depiction of demons and magic, and Charles Dickens in its characterisation. Black Arts is the first in a series, called The Book of Pandemonium. The style, the plot and the concept work really well and the book flows smoothly leaving the reader wanting to know what happens next. It’s good to know there will be more.