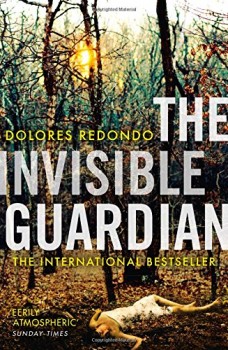 The discovery of a teenage girl strangled and displayed in a Basque forest awakens fears in the local village that a spirit of the forest is at work. Local-born Inspector Amaia Salazar is put in charge of the case, but has her own demons to fight.

After a childhood in Elizondo, a small town in Basque/Navarre, Inspector Amaia Salazar moved to Pamplona and built a police career. She is posted back to deal with a murder showing unusual features, where her US training might come in useful. A second death with similar characteristics to the first suggests a serial killer, and the accelerating pace of the deaths puts pressure on her investigation team.

Salazar struggles to make progress in the face of several impediments. Her recent advancement has provoked the usual misogyny, and the resentment of her colleague Montes, who has taken to absenting himself at crucial moments. But much worse is the return to the place of her upbringing, blighted by a mother with a pathological hatred of her own daughter. The family is still torn by various issues, not the least the unhappiness of Salazar’s two sisters, each saddled with inadequate husbands.

An unusual feature of the deaths, in addition to theatrical staging by the killer, is the finding of animal hairs, including those of a bear. Local superstitious beliefs in spirits, including the basajaun or hairy guardian of the forest, are still strong. Salazar needs to unearth facts from fantasy before more young girls are killed.

This book is interesting for its strong female characters: Salazar herself, her aunt Engrasi, the matriarch of the family, and Salazar’s sister Flora, who runs the family bakery. In contrast, most of the men are easily undermined and crumble under pressure. Even Salazar’s beloved husband James, a rich American from the US with a growing reputation as an artist, seems unable to handle his wife’s understandable preoccupation with the case at hand.

Salazar’s determination to get to the bottom of things is impressive given the hostility she faces from Flora and from parts of the law enforcement machinery, and she comes across as perceptive and decisive. Triggered by her return to Elizondo, episodes from her childhood come back to haunt her, and given their horror she is easily forgiven the occasional distraction.

There is frequent reference to the special characteristics of this north-west part of Spain, cool and wet, with persistently high humidity and steep sided valleys which are thickly forested. This provides a background to the ancestral legends of spirits and creatures peculiar to this part of the country, as different as everything else, such as language and characteristic dishes. One feature of the death is the placing of a local cake, a txantxigorri, on the bodies of the victims.

A weirdo serial killer and a dedicated but pressurised detective is pretty standard slasher fare, and the book doesn’t exactly break new territory. An engaging protagonist and a novel setting do, however, give it something extra: it has given rise to follow-ups and a film adaptation is being developed.