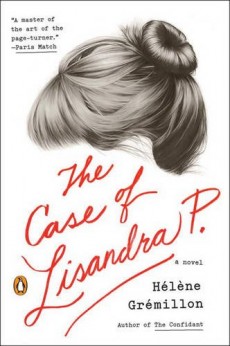 The Case of Lisandra P

When a beautiful young woman is found dead at the foot of an apartment block in Buenos Aires, the police are convinced that they are dealing with a case of murder.

A beautiful young woman is found dead at the foot of an apartment block in Buenos Aires. The police are immediately convinced that they are dealing with a case of murder, and arrest her husband, a practising psychiatrist.

Whilst not essential, at least a background knowledge of the years of ‘The Disappeared’ in Argentina is useful, since it informs the behaviour of the main character in the book. After a coup d’état in which he deposed Isabel de Peron, General Jorge Rafaél Videla led an Argentinian government responsible for the abduction and murder of thousands of people considered hostile to the regime. These victims became known as ‘The Disappeared’, their grieving relatives knowing that they were dead but without even the consolation of burying them or even knowing how they died.

Eva Maria Darienzo’s daughter, Stella, had been one of those abducted and never seen again – an event that changed Eva Maria’s life totally and left her unable to do anything except grieve and weep. Even worse, it had the effect of distancing her from her son, Estéban, whom she is unable to love in spite of all his obvious love for her. The opening of the novel finds her undertaking a series of consultations with a psychiatrist, Vittorio Puig, when suddenly he is arrested for the murder of his wife, Lisandra. She had been found lying at the foot of an apartment block, having fallen, or been pushed, from the window on the sixth floor.

Convinced that Vittorio would never under any circumstances have murdered his wife, she goes to see him, offering to help in any way she can. They come to the conclusion that the answer might lie with one of the patients he is currently treating and he lets her know where to find a box of cassettes on which he has been recording his consultations. She agrees to play them all to see if they contain any clues to Lisandra’s death.

As she does so, in between her many glasses of wine, she is initially convinced that the murderer could have been a middle-aged woman who hated growing old and could well have been intensely jealous of the young and beautiful Lisandra. Alternatively, it could have been - and Eva Maria would be glad if it were - the important government official whom Vittorio suspected of having been involved in the disappearances. Then there is Miguel, whose case appears to have been based on true events during this period.

Whether or not the interviews that Eva Maria hears truthfully reflect the conversations that take place between a psychoanalyst and his client, there is no doubt that they appear to do so within the context of this novel. In particular, the interview with Miguel – a musician who has been tortured and even worse – fascinates and horrifies the reader as, almost without interruption from Vittorio, he recounts in detail what happened to him. This same long narrative is employed by Pepe, Lisandra’s dance teacher, who, whilst not Vittorio’s client, has also to be investigated.

Eva Maria, at war with her son in her domestic life, and frequently the worse for drink, is hardly an appropriate person to conduct the investigation. She doesn’t sleep well, constantly troubled by dreams of her daughter, whom she imagines lying at the bottom of the sea, and finds herself suspecting first one person and then another. There are long passages which attempt to explain her state of mind and which do so simply by her rambling and chaotic thoughts. In order to get the most out of this novel it is essential to read these carefully and to attempt to understand the nature of the evil that has clearly ruined her life.

In a sense the theme of the novel is not so much the mysterious death of Lisandra as the effects of cruel, self-serving men who called themselves a government and were prepared to go to any lengths to remain in power - a phenomenon all too familiar in the history of mankind. The police are clearly not to be trusted since there is more than a possibility that they were associated with the disappearances. The way in which they immediately arrest Vittorio and are quite content to lay the blame for his wife’s death on a shrink without making a proper investigation of the circumstances is indicative of a failed democracy. And that failure is underlined by the tragic ending to the book.