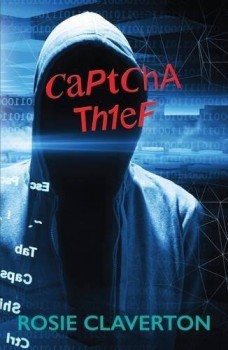 When a famous painting is stolen from the National Museum of Wales, police turn to ex-con Jason Carr and his hacker boss Amy Lane for help.

The National Museum of Wales is home to an outstanding collection of objects and paintings from around the world, including Renoir’s famous La Parisienne, otherwise known as The Blue Lady, one of the earliest and greatest Impressionist works. When a security guard is brutally murdered and The Blue Lady is stolen, DI Bryn Hesketh reluctantly turns to skilled hacker and sometime police technical consultant, Amy Lane and her assistant Jason Carr for help.

Amy promptly delves into the history of the painting and the very murky world of art theft, where well-known, valuable paintings are stolen to order by wealthy collectors, never to be seen by the general public again. Matters are complicated by the arrival of the poised, arrogant Frieda Haas of the National Crime Agency who stalks in and promptly puts various noses out of joint, including Amy’s.

Captcha Thief is street-smart, savvy and entertaining. Amy Lane is a computer genius who successfully fleeced her uncaring parents of a large amount of money. Jason Carr is an ex-convict with friends in low places. Amy is also agoraphobic, only able to set foot outside her flat with the aid of medication, and even then she barely copes. Jason is both her assistant and her carer, and more than that, he’s her friend.

But their friendship is tested almost to breaking point when Jason teams up with Frieda Haas and heads off into the wilds of north Wales where Amy’s skilled attempts at surveillance are thwarted by patchy mobile phone coverage, meaning she has little or no idea what’s happening to the man she relies on more than anyone.

The plot has as many twists and turns as a Welsh country road and at times it was hard to keep up, even with some much-needed explanations that always manage to fall just on the right side of the information dump divide. I wondered at first if Amy’s agoraphobia would turn out to be nothing more than a gimmick on which to hang a character, but Claverton does a good job of fleshing her out, and explores her friendship with and dependence on Jason with sympathy and a keen eye.

Captcha Thief takes several unexpected turns and after a while I gave up any attempts to second-guess the storyline and simply hung on for the ride, much like Jason when he was clinging onto the back of Frieda Haas on her powerful motorbike as she forged her way up through Wales.

You can expect both spills and thrills from Claverton. I ended up liking her characters a lot, including harassed DI Bryn Hesketh and the ambitious and occasionally duplicitous DS Owain Jenkins, whose girlfriend happens to be Jason’s sister. They’re a good bunch despite, or maybe because of, their flaws.