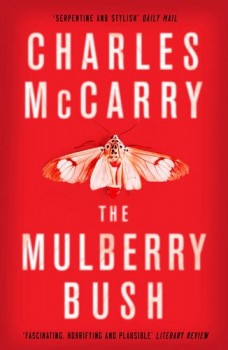 A young American meets an Argentinean woman in Buenos Aires and falls in love with her. However, he conceals the fact that he has one aim in life – to avenge his father, whose life had been ruined by the CIA.

Charles McCarry has worked as a CIA officer on three continents. He clearly has all the required qualifications and background knowledge to write a spy thriller based on actual experience of life in the field. However, in his pursuit of realism at all costs, he tends to forget that the aim of any novel should be not merely to explain, but also to entertain. It is quite possible to believe that the life of a spy and the conditions under which he has to work are exactly as portrayed here, but the entertainment is missing.

What we are told about the unnamed narrator is that he is the son of a CIA officer who had been driven from the service in disgrace over what his son regards as little more than a prank. His wife, who had had visions of his becoming the director of the service, and who longed for the social cachet that would have accompanied such a career, divorced him and he was left penniless, unemployable and forced to beg on the streets.

Bill Stringfellow, a former CIA friend of his father’s, who is looking to recruit him to the service, arranges for him to be reintroduced to his father, with whom he is soon reconciled. In fact, he realises for the first time that his father loves him and that he loves his father. The reconciliation, however, is short-lived because his father is stabbed to death on the streets. His son finds himself the only mourner at the funeral and he immediately takes a vow that he will be revenged on the service and particularly on the people responsible for his father’s downfall.

A necessary first step is to enlist anonymously in the service – something he achieves with help from Stringfellow. Of course, taking revenge on an organisation as powerful as the CIA is not easy. The author must have realised this because he doesn’t even try to set out any plan by which it may be brought about and the narrator, always hoping that an opportunity will present itself, simply carries on with whatever tasks he is given. These usually involve violence and, though there is usually a connection of some kind, the episodes appear fairly random. The reason for this is the lack of the plan, frequently referred to but never formulated. As a result, the plot seems repetitive and the use of violence appears to be simply an attempt to create interest through sensationalism.

Nor are the characters properly realized. Amzi Strange is a foul-mouthed bully who lives only to demonstrate his power over subordinates. He cannot bear to have his orders questioned and since the narrator can’t bear to obey them, there is many a lively conversation in his office. The reader might begin to wonder, however, just how long he would have lasted in the service under such a man. Luz, the narrator’s wife, receives a large amount of attention and seems initially to be set for a major part in the novel. However, she is peripheral to the plot – as far as the plot can be established. She seems to be a total nymphomaniac and scarcely ever appears without ending up in bed with the narrator and having multiple orgasms. At the outset we believe that this passionate affair will have profound consequences but it seems to lead nowhere and becomes tedious after a time.

The Mulberry Bush is an apt title for a novel that goes round and round without actually achieving very much.