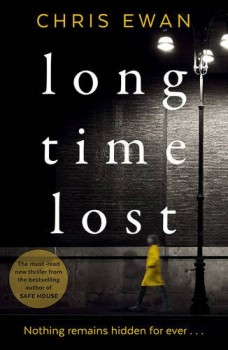 Kate Sutherland needs to stay out of the clutches of the people who don’t want her to testify in a murder trial and to do that she needs Nick Miller’s help.

Kate Sutherland is in the witness protection programme and despite the risks she’s running, she’s determined to give evidence in a high-profile trial. But when a man gets through the security in her safe house on the Isle of Man with no more difficulty than taking a walk in the park, she knows she’s in even bigger trouble than she’d ever imagined and that she needs more specialist help.

Nick Miller and his team are in the business of providing that sort of help. Provided Kate does exactly what he tells her, she might have a chance of surviving and staying out of the clutches of Connor Lane, a man who doesn’t intend to let anyone stand up and speak out against his brother.

As you would expect, there’s history between Miller and Lane. Miller blames him for the murder of his wife and daughter, and Lane is determined to get at Miller by searching out each of the men and women he’s protecting in the hope of finding his way to both Miller and Kate. Lane’s methods certainly aren’t pleasant. He’s helped by Wade and Renner, a deeply unpleasant but surprisingly banal pair of villains with a penchant for hanging people up by their ankles and torturing them. Definitely not the sort you’d want to take to tea with your granny!

Long Time Lost sets up a convincing scenario and plays it to good effect. There’s something relentlessly disturbing about Wade and Renner’s pursuit as the action careers around Europe, and Miller does his best to protect the people he has squirreled away for their own good. Miller is helped by computer whizz Hanson and former soap actress Becca, who coaches Kate in how to change everything about herself from her looks to her mannerisms.

The addition of police officer DS Jennifer Lloyd to the mix is a little harder to fathom. She’s also in pursuit of ex-copper Miller, who she suspects of having had a hand in the deaths of his wife and daughter. She doesn’t add a great deal to the story, other than providing some background information and changes of scene.

I was equally underwhelmed by the romantic angle. Naturally Miller and Kate are almost immediately attracted to each other, and equally naturally end up in bed together, whereupon Miller promptly turns into a complete idiot for much of the rest of the book. Romance and crime fiction can be a bad mix. There’s also the most horrendous ‘breakfast at Southfork’ moment at the end, where everyone takes their cue from the long-running soap, Dallas, and stands around explaining the plot to each other. I wanted to scream very loudly: show, not tell!

That aside, Long Time Lost is a competent thriller, with a reasonably likeable bunch of good guys, and a couple of bad guys who manage to be more than just stock villains, especially in the final stages of the book in an entertaining stand-off in the Swiss alps. There is one twist that I definitely didn’t see coming that gave the whole plot a depth and human interest that was more than enough to keep me on board.