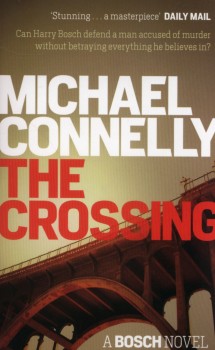 Lawyer Mickey Haller wants former cop Harry Bosch to get a client off a murder charge. But Harry isn’t keen. Investigating his former colleagues seems like a step too far, even for him.

Six months ago, Harry Bosch was forced out of the job he loved, jumping before he could be pushed. But he’s not taking things lying down. He’s hired his half-brother, lawyer Mickey Haller, to pursue a claim against the Los Angeles Police Department for forcing him out, but is making the best of his enforced retirement, doing up an old motorbike and spending more time with his daughter.

When Haller originally comes to him with a problem case, Harry doesn’t want to know. Despite his differences with LAPD, he’s still a cop at heart and has no desire to end up on the side of the bad guys, even if Haller is doing his best to convince Harry that his client, Da’Quan Foster is innocent of the brutal murder of Lexi Parks. There are some lines that Harry isn’t prepared to cross, and investigating the people he used to work with is one of them.

But Haller is as persuasive as he is determined, and Harry eventually agrees to take a look at the file. It’s not long before he finds and homes in on some of the weaknesses and inconsistencies in the prosecution case and, against his better judgement, Harry is soon hooked and does cross the final line dividing him from his former colleagues, ending up working for Haller as an investigator – the lowest of the low so far as his former friends are concerned.

It seems like the Harry Bosch series has been going on forever, and to an extent he has as Heironymus ‘Harry’ Bosch debuted in 1992 in The Black Echo, joining the LAPD after seeing active service in Vietnam. I came late to the series, joining about halfway through, but I quickly got hooked and have been following Harry’s tribulations with the LAPD with interest. I like the sprawling, long-running nature of the series, which is still easy to dip in and out of, even if you haven’t followed it slavishly and in order. Harry even makes cameo appearances in books by other writers, in the same way that some well-known personalities from the world of crime fiction guest star as cops – or rather their names do.

In The Crossing, Harry has to bring all his experience and instincts to bear on a case involving a pair of corrupt cops with the morals of a pair of alley rats, who are prepared to get very nasty indeed to cover their tracks. It’s fascinating to watch Harry on the track of what seems like a very small inconsistency, but one which ultimately proves crucial. This is good solid detective work that never fails to grip.

Even this long into the series, there’s no sense that it’s time for Harry to just keep his nose out of other people’s business and carry on tinkering with stuff in his garage. There’s plenty of life left in this particular old dog, I have absolutely no doubt about that.