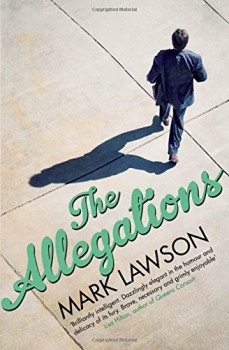 A celebrity historian is arrested following allegations of sexual assault. His friend and colleague is accused of bullying in the workplace. They must try to defend themselves against the allegations as both face personal and professional ruin.

Professor Ned Marriot and Dr Tom Pimm are employed at the same university lecturing in History. Ned, also a well-known presenter of TV documentaries, is arrested by detectives from the Met’s Operation Millpond after an accusation of historical sexual assault is made against him. Tom, his closest friend at the university, is called to account after an internal investigation raises anonymous complaints of bullying by him in the workplace.

Both men now face the task of defending themselves against the allegations; otherwise their reputations and careers will be destroyed. Although family, friends and colleagues are supportive the niggling notion that there is no smoke without fire raises doubts in some minds. As Ned copes with police interrogation and Tom is questioned by university management they both wait with dread the attention of the press and personal attacks on social media.

Historical sexual assault and bullying are both regularly headline-grabbing. Broadcaster and journalist Mark Lawson explains in the author’s note that he has suffered from false accusations of the latter and knows the “damage to reputation, employability and health that can result from such an ordeal.” Lawson uses Ned and Tom as case studies to explore the issues raised by such allegations rather than just present a story about crime and misdemeanour. He highlights concerns about investigative procedures, the arresting of named public figures, how the accused and their loved ones can end up being victims too and the role the media and social media play in driving the process of judgement.

Despite the gravity of the charges The Allegations is sharply satirical and at times laugh aloud funny. For some there may be too much emphasis on the comic. The source of much of the humour is Ned and Tom themselves. They do however, come across as smug smart-alecks which makes it difficult to sympathise with their plight. It can be judged that they brought it on themselves because of their naive unawareness of the impact their clumsy behaviour could have on others.

Lawson mocks the authorities dealing with the bullying case who try to give the impression that they know what they are doing, but in reality find the processes bemusing. The university hearing hides its shortcomings behind sub-legal procedures, admin-speak and bureaucracy.

The assault accusations being dealt with by the police is discussed thoughtfully reflecting the current debates, including the questioning of a system where an over-publicised arrest of a celebrity can be life-changing for the accused and those close to them,

Neither of the cases is clear-cut and like so many others evidence comes down to the victim’s interpretation of events versus those of the accused. In the end this is a story about personal failings and the complexity of human relationships.