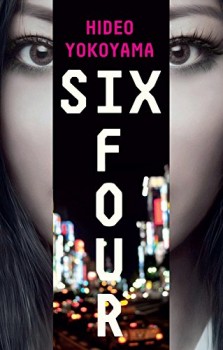 An unsolved case of kidnap and murder continues to resonate in the Japanese police even after fourteen years, because of mistakes that were made, and worse because those mistakes were never acknowledged.

Mikami is a detective transferred from CID to Admin, specifically as press director, much against his own preference. Japanese bureaucracy puts a very solid wall between the two branches; CID regard Media Relations as untrustworthy and provide minimal information about ongoing operations. This makes Mikami’s job a stressful one: many in CID now consider him a traitor, while Admin suspect his allegiance to his new colleagues is less than wholehearted.

Word comes down that the Police Commissioner is visiting from Tokyo in a few days time, and Mikami is instructed to have the press lined up to hear what he has to say. The event is scheduled outside the home of Amamiya, whose daughter was kidnapped and killed some 14 years previously, at the end of the Showa period, the title referencing the date of the event, and the code used by police for the case.

The unusual nature of the visit alerts Mikami that there is something special afoot, and it takes persistence before he finds out that the Commissioner plans to announce the replacement of the head of CID by an Admin officer. Further delving uncovers the justification: an error in the handling of the Amamiya kidnap which lost an opportunity to identify the culprit. This blunder has never been admitted in public, and would greatly undermine public confidence if it were known.

Mikami thus finds himself at a pivotal point between two branches of a massive organisation engaged in a bitter struggle. His natural sympathy is with the detectives, but his sense of duty demands that he creates a positive relationship with the press. He extracts every ounce of goodwill from relationships formed in the past, bluffs and pushes to obtain clues which help him find the right path. Matters come to a head with a second kidnapping duplicating some of the features of the first, and the police have an opportunity to resolve both cases, and to settle their internal schism.

On first sight this book is a daunting project: a 600 page tome promising kidnap, ransom and murder, somewhat misleading given the focus on bureaucratic infighting. However, Yokoyama immediately establishes an atmosphere which is entirely gripping. The minutiae of his personal interactions are depicted in telling detail, and the significance emphasised by the emotional investment of his interlocutors.

Mikami has a secret which underpins his feelings about the kidnap: his teenage daughter has run off, after a period of estrangement from Mikami and his wife. This, and the retreat of a young officer assigned to the Amamiya case to his bedroom for a decade, are features of modern Japan, but there is plenty of the traditional as well, such as Minako reliably shining Mikami’s shoes every morning. The tale certainly gives an insight into a society markedly different from that of the West.