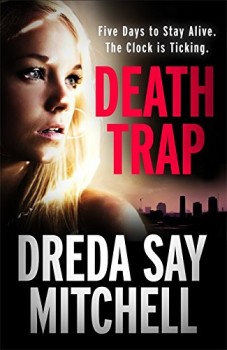 A terrified teenager is the only witness to the brutal murder of three people. It’s DI Rio Wray’s job to keep her alive during the hunt for the killers.

What starts out as an ordinary day for privileged teenager Nikki Bell in a large house in the stockbroker belt soon takes a sharp nosedive when she witnesses the murder of the family’s cleaner and knows that two members of her family have also been killed. When the police arrive, she’s still hiding in a cupboard, too terrified to come out.

Detective Inspector Rio Wray has been given the high profile case over the heads of the local police as this isn’t the first time a wealthy family have been targeted in their own home. The press has already started to refer to the attackers as the Greenbelt Gang and Rio’s bosses are determined to bring an end to their activities, which is why Rio – poster girl for the Met’s commitment to gender and racial equality – has been handed this particular poisoned chalice with instructions to get results and get them quickly.

Her boss is only a month away from retirement and, on top of solving a high-profile series of robberies and murders, he wants Rio to do a favour for an old friend of his. Jack Strong is close to retirement as well, and Detective Superintendent Newman wants Strong to go out on a high, enabling him to finally come out from under the cloud that a death in custody hung over his career. But Rio isn’t someone who can forgive and forget, and she wants Strong off her team.

Add to the mix freelance security consultant Calum Burns, someone else Rio has past history with, throw in a smarmy, high-profile celebrity lawyer, season with a liberal dose of London lowlives, and Rio is sitting on a very explosive mixture as she fights to keep Nikki Bell alive. It soon becomes clear that someone has taken out a contract on the girl’s life and to keep the girl out of the hands of a ruthless contract killer, Rio is forced to rely on the very people she would prefer to have nothing to do with, and has to potentially compromise her own career to keep Nikki safe.

Dreda Say Mitchell can tell a damn good tale. Her characters come alive with an enviable economy of description, and are never anything less than real people, even Stephen Foster, the smooth-talking lawyer who always seems to be popping up wherever he’s least wanted. Rio is tough, smart and very, very determined. She’s not someone to back down from a fight, no matter how far the odds seem stacked against her. The subsidiary characters are equally as good. I was instantly drawn to both Jack Strong and Calum Burns, wanting to know more of their past history with Rio, proving yet again that I can’t resist a bad boy.

Death Trap romps at speed through innumerable plot twists. The action rarely lags and I found it easy to forgive minor details such as a strange vagueness on the subject of rank, plus some dubious punctuation and odd editorial lapses, but less easy to ignore such glaring errors as a ‘joint’ will, plus the fact that there is no need for a formal ‘reading’ of a will.

All that aside, though, I’m afraid for me, the book fell at the final hurdle. I got to the end, and a very satisfying one it was, too, contriving to wrap things up well, whilst adding a chilling final twist. But I then turned the page to find myself faced with an alternative ending, effectively re-writing the last chapter of the book to leave the reader with a bizarre choice to make between the two. This may well be the sort of thing where everyone’s mileage might vary, but for me, this totally undermined the credibility of the rest of the book, not helped by the utter implausibility of a crucial point of timing in the second possible ending.

I have no idea how Rio Wray can return after this. Which ending really happened? It’s not as if alternate endings have any sort of long tradition in crime fiction, and I certainly hope this won’t set a fashion. I found it thoroughly unsatisfactory and completely pointless, taking away any closure that the book might have achieved. I am very firmly of the opinion that it’s up to the author to decide how to end the book, not the reader.