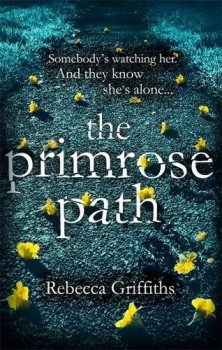 Rachel has moved to a small Welsh community to escape her past life. Unfortunately her past is not keen to let her go and not all is as it appears on first encounter

Rachel has moved to an isolated, and slightly odd, village in South Wales. She clearly has a history that she is trying to avoid, having changed her appearance and, dropping all contact with her mother, she is creating a new life. She is obsessed with personal security and is definitely hiding secrets. The village itself also holds secrets and the behaviour of many of the residents appears to be as furtive as that of Rachel herself.

As the story unfolds, so Rachel’s past becomes clearer, her association with the village becomes more apparent and those around her become increasingly affected by her presence, which is not good for all of them.

The book opens very well with a gripping and unpleasant description of an abusive family, leaving the reader to expect a dark and sordid narrative. This atmosphere is recreated throughout the text, interspersed with a much lighter tone.

Rebecca Griffiths’s writing style is variable. At times she writes with the lyricism of Dylan Thomas with a Welshness and love of language that is very apparent. Despite this, the town itself, which is very much a part of the story, does not have the feel of a South Wales settlement, feeling more generically British, which is a little disconcerting. Her description of place is very strong however, and houses, shops, towns and villagse are almost cinematically visible.

Griffiths creates some very believable characters, even the most strange and sinister among them, and their behaviour leads to various side plots and red herrings, many of which create tension that keeps you gripped.

The ending is satisfying though not shocking or exciting. There is sufficient development of story with side plots and details of relationships so that at the end the interconnection between the clues and information, scattered through the story, become clear.

On the whole, the book is very readable, the characters engaging and believable and the plot is developed well.