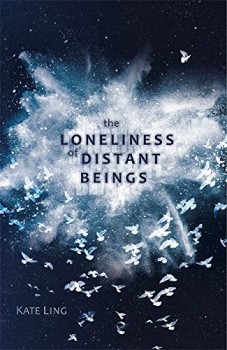 The Loneliness of Distant Beings

Life aboard the First Contact Vessel Ventura is regimented in all respects. The system has no place for teenage rebels, as Seren soon finds out.

Sixteen-year-old Seren has lived her whole life on the First Contact Vessel owned by Ventura Communications Incorporated. It’s on course for Epsilon Eridani in an attempt to discover the meaning of the enigmatic Signal that’s been transmitting through space for over 100 years.

The Ventura left Earth 84 years ago and is projected to reach its goal in another 262 years, but which time Seren will be long dead and gone, as will her children and their children. Seren, like everyone else on board the Ventura is simply there to keep the vessel functioning. To do that, she’s forced to become part of a selective breeding programme in which her life partner will be chosen for her and then she will be artificially inseminated to enable her to give birth to one of the next generation of the Ventura’s crew.

The partner chosen for Seen is Ezra Lomax, the son of the Ventura’s captain. Everyone is over the moon about the prospect of the union, apart from Seren herself. Seren has struggled all her life to retain her own sense of self in the midst of an impersonal system designed for the good of the mission, not for those taking part in it. Seren forms a dangerous liaison with eighteen-year-old Domingo Suarez and, despite the prospect of serious penalties if she doesn’t conform to the expected breeding programme, Seren isn’t willing to give up what she sees as her only chance of happiness.

Seren is stubborn, idealistic and extremely reckless. Dom is swept along by her passion for wanting something more from live than a loveless marriage, even though the consequences for him if they’re discovered could be fatal.

The Loneliness of Distant Beings is part young adult romance and part old-style science fiction thriller. It’s both enthralling and deeply unsettling, and it’s impossible not to empathise with Seren’s revulsion at the thought of an arranged marriage and enforced childbirth simply so that she can provide future crew members for a mission that she was born into rather than signing on for.

There were times when I thought that Seren was about to do the sensible thing and conform to what’s expected – or rather demanded – of her, but that was never going to happen. Events soon build to the inevitable confrontation and the tense, gripping ending is a white-knuckle ride with shades of The Martian thrown into the mix.

Kate Ling’s writing is crisp, the characters are well-drawn and the background premise is very, very chilling. Decent young adult science fiction thrillers are hard to come by, and I hope I’m right I thinking that this confident debut is the start of a series.