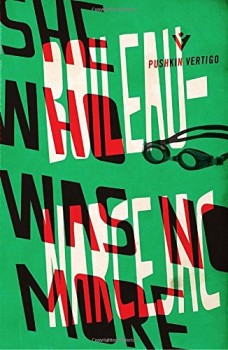 She Who Was No More

Salesman Ferdinand Ravinel and his lover, Lucienne, an ambitious doctor, plan to murder his wife for the insurance money. When her body disappears Ferdinand is plunged into a nightmare world of self doubt.

This is the second of the new translations of the work of France’s most successful writing double act and the fathers of the European noir genre, Pierre Boileau & Thomas Narcejac. Their debut classic was adapted for film by the great Henri-Georges Clouzot as Les Diaboliques, became the inspiration for Hitchcock’s Psycho and returned to the screen in a new version in 1996 as Diabolique with Sharon Stone in the starring role.

That two such great directors paid homage to the work of Boileau and Narcejac should give you an idea that this chilling portrayal of an uncertain and weak man’s descent into mental torture, obsession and madness is something out of the ordinary. The writers had both won France’s prestigious Prix du Roman d’Aventures before beginning a partnership spanning four decades and producing more than 50 thrillers. They sought to create a new style of mystery, away from the standard whodunits, putting the victim the centre of the plot. Boileau came up with the plots, while Narcejac was solely responsible for the brilliant characterisations.

This was their first collaboration – and their first success. The plot is simple. Travelling salesman Ferdinand Ravinel and his lover Lucienne, an ambitious and heartless doctor, kill his wife for the insurance money, which they need to finance a new life together. The murder, more than two years in the planning, goes smoothly. Mireille is lured to Nantes, where Ravinel works from a bachelor apartment, and is drugged and drowned in a bathtub. The lovers drive her body back to her Paris home, so her ‘accidental’ death can be discovered by a visiting workman.

At this point the plan goes wrong – and the corpse goes missing! From there on Ferdinand’s plot – and his sanity – begin to unravel. And it is this portrayal of the descent of a weak loner, whose only interaction with reality is his ability to tie complicated fishing flies, into madness, which makes the story so compelling. Narcejac’s descriptions of his mental turmoil, inner debates, self-delusions and growing desire for the peace and reunion only death can bring, are masterly.

It all builds to an inevitable ending – with one more gigantic, nerve-stretching twist saved right for the final page. This is an absolute psychological classic for those readers who seek more depth to their crime fiction.