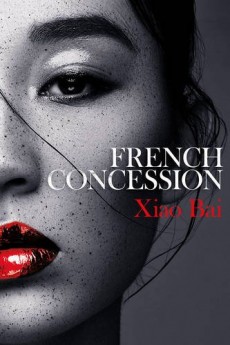 In a small French enclave in 1931 Shanghai, gangsters, revolutionaries and spies rub shoulders, and life can get very complicated.

The concessions extorted from China by 19th century Western powers included control over portions of land in Shanghai. By 1931 there were two of these remaining: the International Settlement within which Britain played a lead role, and the French Concession. The French were more relaxed about life within their bailiwick, which attracted a heady mix of political extremists, criminals and chancers.

The book starts with the arrival of a Kuomintang official by boat, and his assassination on landing at the dock. His wife, Leng, whose sudden sickness facilitated the shooting, immediately disappears. The assassin shoots himself, so the reason for the shooting is initially unclear, but communists under the leadership of Ku Fu-kang put out publicity claiming credit.

Hsueh, a French Chinese photographer, takes a fancy to Leng when he sees her aboard the boat, and subsequently seeing her on the street takes the opportunity to introduce himself, claiming that his contacts with the authorities will enable him to rescue her. Hsueh is living with Therese, a White Russian who makes a living supplying gangs with weapons, amongst other things. His contact with the police began after an interrogation aimed at finding out what Therese is up to.

The story follows these protagonists over the next two months. Fu orders some powerful weapons from Therese and plans a major attack to raise funds. He narrowly escapes a murder attempt by the Green Gang, and takes revenge. Hsueh regularly feeds information to the police, but has feelings for both Leng and Therese and tailors what he reveals. Likewise Leng and Therese keep Hsueh in the dark about exactly what they are up to.

The Concession is a fascinating background for a story: “Something of a floating city, rootless, without a past and with no guarantee of a future ... tinting all its characters with a quality of timelessness, which turned them into legends.” White Russians, Jews, exiles from around the world, and odd characters of all description mix freely. Rapacious gangs, political extremists and Japanese military add plenty of fear to the swirling mix of sensation and rumour.

The small group of characters the author brings under his lens all have pasts to conceal and hidden agendas, but are aware that others have secrets too. Therese “knew insincerity when she saw it, but knew that everything in the Concession had a price ... choosing to overlook Hsueh’s lies ... she could tell he was for sale, and she could afford to buy him.”

The lack of consistent focus on any one character does at times tend to confuse the direction of the narrative, and the analysis of character so ruthless as to defy attempts to identify. The story does, however, present a convincing picture of a place and time unrivalled for excitement and intrigue, with protagonists of real substance.