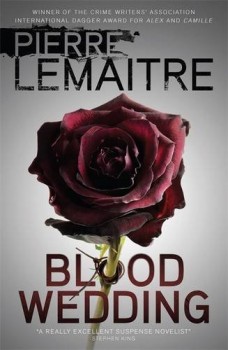 Sophie Duguet, troubled by nightmares and memory loss, is acting as a baby sitter for the young son of a wealthy couple. One morning she wakes up to find him strangled to death.

We find Sophie Duguet, acting as a baby sitter for the young son of a wealthy couple, waking up in tears. The last thing she did before going to sleep was to burst into tears. She can’t remember a time when this didn’t occur and has now come to accept it. She doesn’t know when it began, but she thinks it may date back to her husband’s fatal car accident, though she can’t be certain of this. She is, however, completely certain of one thing: she is insane.

At first it was just a series of little things that Vince, her husband, attributed to her simply being scatter-brained. Her memory became unreliable and she began to forget important meetings. At the same time she began to lose things – keys and documents – only for them to turn up weeks later in the most unexpected places.  When, in an attempt to regain control, she decided to write everything down she used to lose the notebooks also. She lost her car, she lost her friends, she was arrested for shoplifting and eventually she found herself driven to constant lying in an attempt to cover up her memory lapses.

On this particular morning, however, much worse has happened. Leo, the six-year-old boy who is in her charge, does not respond when she calls him and when she enters his bedroom she finds him dead in his bed, tied up and strangled with a bootlace she recognises as one of hers. Panic-stricken, she decides to run away rather than face the authorities and attempt to explain the inexplicable.

She realises that she needs another identity if she is to survive and the author describes in some detail the lengths to which she goes in order to obtain one. Her ultimate plan is to change her name by marrying and eventually she manages to find a young soldier who appears to be very fond of her. She chooses him because there is every possibility that he will be posted abroad – something that would suit her purposes perfectly - but things do not work out as she expects.

This is a very different book from Lemaitre’s Brigade Criminelle Trilogy. The cover carries the comment ‘the new noir’ but there is little of the conventional noir about the novel. There are no femmes fatales, no tough guys or cynical detectives. There is no police involvement, no suspects to be located and brought to justice. Instead, what we have is a nightmare experience, rather reminiscent of the film Vertigo, which horrifies us and leaves us in the dark about what is going on. We don’t for a moment believe that Sophie is going to settle down happily with her new husband because we are aware that it isn’t that kind of book. On the other hand, we certainly don’t expect the revelations the author has in store for us.

The first part of the book, which describes Sophie’s plight and her efforts to escape from it, is perhaps a little slow and repetitive. Some readers might decide that it is too much so and will give up. However, this is not recommended because the second half of the book is totally absorbing. It is not thrilling in any conventional sense, but it becomes impossible to put it down. One revelation follows another and just when we think we now fully understand what has been happening comes the biggest surprise of all and one we find intensely satisfying. Perhaps, we feel, there is a God after all. The reputation that Lemaitre established with his Brigade Criminelle Trilogy is enhanced by this book, although it shows another side of him.