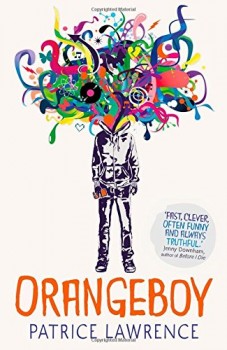 Marlon promised his mother that he would have nothing to do with drugs, but when he falls under Sonya’s spell, keeping that promise suddenly becomes a lot more difficult.

Sixteen-year-old Marlon Sunday has made a promise to his mum that he’ll never follow his older brother Andrew on the destructive path into the drug and gang culture that’s rife amongst London’s teens. Although he has every intention of keeping that promise, it becomes a lot harder when Sonya Wilson, a girl from his school, starts to take an interest in him. When that happens, Marlon’s life starts to take some very unexpected turns.

Sonya is blonde, beautiful and very cool, unlike Marlon, who has absolutely no idea what she sees in him. But despite their differences, he’s drawn to her like a moth to a flame. Sure enough, he quickly gets burned when he goes out for the evening with her to a fairground and Sonya hands him a packet of six Ecstasy pills. That’s not the worst of Marlon’s problems that night, either. A trip on the Ghost Train turns to tragedy when Sonya inexplicably dies and Marlon is found in possession of the drugs.

Orangeboy is a hard-edged look at London’s teenage gang culture from the inside, as Marlon gets dragged deeper and deeper into a world he’d once sworn to have no part in. Someone is out for revenge on him, but Marlon doesn’t know who or why. He thinks the answers lie in the accident that left his brother damaged both mentally and physically, but his search for the truth draws him into a dark world where drugs, knives and even guns are the norm.

Marlon’s story is told in a first person narrative that comes alive right from the start, laying bare his insecurities, hopes and dreams. When things go wrong, it’s impossible not to feel for him. He’s an engagingly authentic main character who cares deeply about both his mother and his brother and who wants to stay out of trouble but, ultimately, he feels he has no alternative other than to confront the world he’d hoped for so long to avoid. I groaned when he made bad choices, cheered when he got things right and felt like I knew him as well as I knew my own friends when I was that age.

I was gripped by Orangeboy from start to finish, and spent much of the latter stages of the book trying to work out how the hell Marlon was going to come out of the story in one piece. His journey is both uncomfortable and uplifting, as he struggles against what seem to be insurmountable odds.

The book travels at speed to a climax that is both sudden and shocking. This story of family ties, gang culture and the dangers of drugs, is without a doubt one of the finest YA debuts I’ve read and Marlon Sunday is a character that you won’t forget in a hurry. There’s no preaching, no moralising and nothing as stark as black and white. Everything comes in shades of grey in the world Marlon is forced to inhabit.