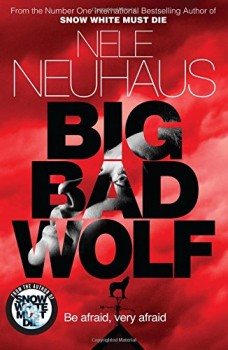 The body of a young woman is found on a river bank. Chief Detective Superintendant Pia Kirchoff has no lead to follow up, although a brief visit to an old school reunion results in more than she expects.

A group of young people have a picnic and get very drunk. One of them wakes up alone under a tree and discovers the body of a young woman on the riverbank nearby. Chief Detective Superintendant Pia Kirchoff is called from her school reunion to attend the scene.

At the reunion Pia had reconnected with an old schoolfriend who is staying with her husband’s parents, living in a community founded by the father, many years previously, to help single mothers and their children. Meanwhile a television talk-show host is alerted to a potential story which could rescue her falling ratings. When she is violently attacked and left for dead in the boot of a car, Pia begins to think that the two crimes may be related.

As often happens with crime fiction this is a book of two halves. The first half seems incredibly complicated because a large number of different strands to the story have to get going. This means that numerous characters are introduced but apart from the very main characters, the others are rarely developed in any depth. When they subsequently appear again in the second part of the book they are barely remembered. The first half, too, is almost pedantic in its detail of events. For example, trying to find a car parking space is described in huge detail. Similarly the actions of the bees in a flowerbed are explained.  Although this may be just an attempt to establish the ordinariness of life, it is quite irritating to read.

However, it is a very clever and complex plot and the second half of the book repays all the careful preparation of the first half. The main characters are developed in some depth and the pace increases as all the storylines begin to come together. It turns into a compelling and gripping read. The context is a current issue which is sensitively handled with an appropriate balance between the very grim details of the associated violence and the insidious way in which the criminal behaviour takes place.

Pia is particularly well portrayed, partly because of her major part in the story, both as a detective and as a victim, but also because of her relationship with her boss and one of her other colleagues. It all makes her into a very likeable main character to whom the reader can relate.