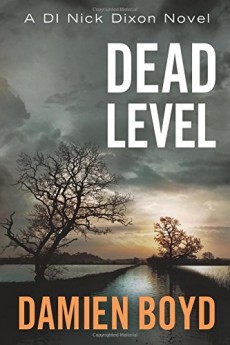 DI Nick Dixon is in disgrace – but he’s not on the sidelines for long as police try to track down the killer of a Tory parliamentary candidate’s wife.

I have rather a soft spot for this sprightly series, set in Somerset. It’s not one to read if you demand detailed characterisation, but Damien Boyd writes crisp, unflowery prose, keeps his story moving and is strong on the rural settings.

This time, a large chunk of the county is under water, following torrential rain. The horrendous weather has also played havoc with a couple of murder scenes – a cold case and the death of a Tory parliamentary candidate’s wife. And everything seems to be winding down for Christmas, with the exception of crime.

You may well be a tad bemused when the book opens, as our hero, DI Nick Dixon, is in trouble and due up on a disciplinary hearing. And he’s been shunted off to the cold case unit to keep him out of trouble. But we’re a good halfway through the book when Boyd provides a ‘blink and you’ll miss it’ explanation for Nick’s misdeeds. I’ve read the previous book in the series, but even then I couldn’t remember in any detail what he’d done wrong. So here’s a beleaguered reviewer’s plea to authors – give us a decent recap, both for those new to a series and those of us who read loads of books and can’t remember every last detail!

Nick’s one-dimensional DC girlfriend Jane gets a brief chance to shine as police try to work out who wanted Elizabeth Perry dead, rather than her politician husband Tim. But Nick doesn’t stay on the sidelines for long, which pretty much relegates the cold case thread to the back burner.

Boyd has an unusual plot twist up his sleeve, alongside a return for the creepy Albanians in a rather unexpected role. And there’s a surprise about one of Nick and Jane’s colleagues – although this lacks any real kick in the stomach given his paper-thin characterisation in the previous books.

The fact I’m still reading this series five books in tells you that it’s worth the effort. But I long for more details about the characters beyond their knowledge of Somerset pubs – needed to keep Nick’s diabetes under control. Sometimes I reckon Monty the dog is the most rounded of the characters!