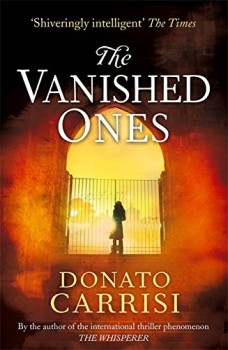 Following a bad experience in the past, Mila Vasquez, a police officer, has chosen to be employed in the Missing Persons Bureau of the Federal Police. One day, unusually, she is asked to attend the scene of a massacre – against her will. Why is she asked?

Mila Vasquez is a police officer who in the relatively recent past, was involved in a very high profile and possibly violent case.  Obviously upset by this, she has chosen now to work in the Missing Persons Unit of the Federal Police. When her old boss requests her presence at the scene of a massacre, she can hardly refuse, although she tries. She gradually gets sucked into the case and finds herself working with the office pariah with whom surprisingly she develops an understanding. Together they begin to unpick the cause of the massacre and its consequences.

The main thing with this book is to get beyond the first few chapters. The grisly context of the unidentified bodies, which have to be stored for legal reasons, takes a bit of getting used to, and the crimes that form the start of the story all paint a gruesome picture. However despite all this the plot is so constructed that it draws the reader in and a fascination develops which is fed in part by the anthropological studies of one of the main characters and by the legal framework that emerges as the plot develops. The problem-solving nature of Mila’s approach also keeps stoking the interest in the unfolding scenarios.

Suspense is built throughout using simple techniques: Mila having to park her car further away than usual and walking in the dark to her apartment; entering the apartment without putting the lights on; hearing an escalator begin to work when she is standing on a deserted platform on the Metro; finding her car with flat tyres in a multi-storey car park. All these are probably the usual things that people fear – just part of everyday life but the violence in Mila’s working life heightens their significance.

The plot overall is just brilliant and very unusual. One or two bits are rather unbelievable and there are a couple of rather clunky changeovers; when Berish, Mila’s colleague, is introduced for example it feels as though a new book has begun, but it soon blends in.

The characters are developed in depth with great skill.  Psychological problems caused by previous experiences are intricately woven into the writing, providing possible explanations for current behaviours. The feeling of logical problem-solving that is created is very believable, as are the descriptions of the crime scenes – all too believable in some cases such as the burning house full of claustrophobic stacks of rubbish, or the seemingly innocuous attic used to hold one of the victims.

Overall The Vanished Ones is a compulsive, well-paced and interesting read – one not to be missed.