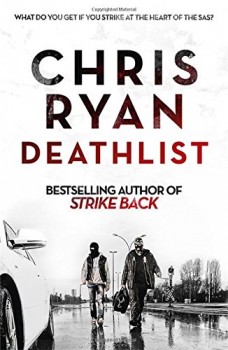 After a devastating attack on a group of soldiers undergoing selection for the SAS, John Porter is given the job of tracking down the killers.

John Porter is in the Brecon Beacons, helping to oversee the notorious Fan Dance, where hopeful candidates for selection to the SAS have to carry out a gruelling run up and down the bleak slopes of Pen y Fan. The soldiers are in full kit, but their rifles are only loaded with blanks.

Porter, once the toughest of the tough, is now drinking a bottle of whisky a day and is barely able to keep up the façade of holding his life together, seeing out the rest of his time in the Regiment in the Training Wing. When communications with two other instructors on Pen y Fan fail, Porter and John Bald are despatched to see what’s going on. When they find the other two soldiers dead, it’s obvious that someone has decided to score a hit at the very heart of the British army.

At the foot of the hill, six masked gunmen carry out a devastating attack on the young soldiers, detonating a car bomb in their midst and then calmly picking off as many survivors as possible. Porter and Bald are able to engage the gunmen, killing two and injuring another, but 52 soldiers die in the attack, with others left critically injured.

The government isn’t prepared to let an attack of this nature go unavenged and Porter and Bald are given the job of hunting the killers down in a brutal game of cat and mouse across Europe.

I haven’t read the original Strike Back novel or seen the TV series, although having just discovered that Richard Armitage played Porter in the first two series, that’s an omission I think I’ll have to rectify. But fortunately, the backstory is easily grasped without too much exposition.

Deathlist is, predictably, a pacy, macho thriller with plenty of short, sharp detail scattered around like confetti so you know exactly what sort of weapon is being fired at any given time, but none of the information is too unsubtly force-fed, so the book doesn’t read like a technical manual. There are a few torture scenes that are not for the faint-hearted, so expect to read between your fingers on several occasions.

If military thrillers are your thing, Chris Ryan certainly has the background to deliver the goods. John Porter might be down, but he’s certainly not out.