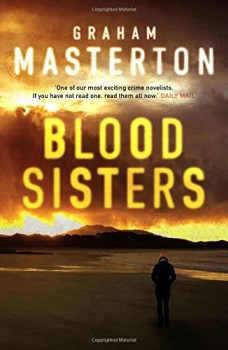 The death of an elderly nun is no surprise, but when an examination shows she has been viciously assaulted and then suffocated, DS Katie Maguire of the Cork Garda is called in. Further grisly deaths follow of other nuns, all formerly at the Bon Sauveur Convent, and after human remains are found in the gardens there, a detailed examination is begun, with shocking results.

Another Garda investigation is opened when upwards of 20 horses are found dead on a beach, apparently driven to their deaths from the cliff above. Forensics show that the animals, bred for racing and full of chemicals used to dope racehorses, have never been registered, which is strongly suggestive of skulduggery.

This is the fifth in the Katie Maguire series, and Katie is still embroiled in events from previous books. Cork crime boss Michael Gerrety and his associate Davydos Karosas are still active causes of conflict. When Roisin Begley, a young girl lured into prostitution by Gerrety, is found drowned, Maguire is uneasy about the initial indication that the death was suicide. Liam Fennessy, a Garda officer who disappeared, is also on her mind.

Bryan Malloy, a superior officer exposed by Katie as having taken money for information, is accusing her of illegal activities, which triggers an investigation. Most significantly for Katie, she is pregnant by David Kane, the neighbour who was killed while saving Katie’s life, but she hasn’t felt brave enough to tell John, the boyfriend who is now back in her life.

It should be pretty clear from the above that Katie and her staff have an amazingly busy life for such a small city. Several Gardai are killed in the course of the action, from sniper rifles or explosives, and the threat from disaffected Travellers, East-European gangsters and others makes life consistently difficult. Against this we get to know several of Katie’s staff very well; their laid-back rural attitudes and idiosyncratic patterns of speech form a humorous contrast to the nastiness of their work.

And nasty it undoubtedly is. If a couple of dozen horses pushed alive over a cliff fail to turn your stomach, then what about an old nun having her toes stuffed in a blender? Several such scenes decorate the book, and not all readers will feel able to read them without feeling very queasy. Catholic institutions were certainly responsible for some great cruelty and the idea of a recipient getting payback has some appeal, but the gruesome detail will not be to everyone’s taste.