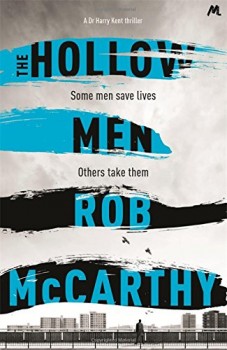 Police surgeon Harry Kent is determined to find out why a troubled teenager ended up getting shot and what it was he’d wanted to make public.

Hospital registrar and police surgeon Harry Kent is called to attend a difficult situation where a troubled teenager, Idris Solomon, has taken eight people hostage in a fast food shop. He’s demanding a lawyer and a BBC reporter, but what he gets instead is Harry, sent in to help the obviously ill man, who’s suffering from serious breathing difficulties. He tells Harry that what he’s doing is for Keisha, because she was killed and, in his words, the police ‘didn’t give a shit’.

Things go badly wrong when a shot is fired and armed police retaliate, shooting the hostage-taker, even though Harry was certain that the shot hadn’t come from Idris’ gun. Harry, a former army medic, is certain that someone doesn’t want the teenager to be able to communicate with the press, and that the shot that the police heard was a deliberate attempt on someone’s part to bring about a ‘suicide by cop’ scenario.

When Idris’s life is put in danger while he’s in the critical care ward, Harry becomes even more certain that someone wants the teenager dead. He also starts to investigate the girl called Keisha and the circumstances of her death, which turns out to have been a clear-cut case of suicide as she was witnessed to have stepped quite deliberately in front of a train. But what Harry wants to find out is why.

Rob McCarthy’s experience as a medical student has clearly been put to good use in The Hollow Men, a fast-paced cross between Holby City and the Bill, with a dash of Casualty thrown in for good measure. There’s a varied cast of medics, including aloof Dr Traubert who now seems more suited to the theory rather than the practice of surgery, and James Lahiri, like Harry, a former army combat medic. Lahiri saw action in Afghanistan and was responsible for saving Harry’s life out there, but now the two men appear to be implacable in their dislike of each other.

Harry’s main contact in the police is DI Frankie Noble, a tough, focussed woman with her own – seemingly obligatory – demons in her past. In her case, it’s the death of her husband, also a serving police officer. Noble and Harry make a good team, and together they start to uncover the dark and horrific events that led to Keisha’s death and took Idris Solomon to the brink of death.

McCarthy delivers a shot of adrenaline to the medical thriller genre, writing with the authenticity that only a close acquaintance with the subject matter can deliver.