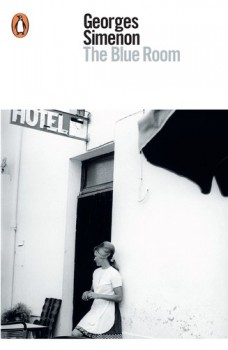 A couple conducting an affair have a near miss with being discovered. This leads to the end of an affair but the beginning of a nightmare.

A man and a woman, both married, are conducting an exciting but dangerous affair. One day the woman's husband suddenly arrives at the hotel where they are making love and, although they manage to escape without being seen, their affair comes to an end.

Then she begins to talk to him - apologising for biting him, asking if his wife will notice, saying how handsome he is, asking if he loved her, if he could spend all of his life with her. He answers almost mechanically, unaware that her words, which seem at the time to be simply part of the scene, will come back to haunt him many times over as he is obliged to recall them. At the moment, however, they are merely words, the only real things in the room being their bodies and their desires.

Tony Falcone has come from a poor Italian family and, through hard work and a certain opportunism, has established himself in the agricultural machinery business - a venture that has proved profitable. He had been born in Saint-Justin and had been to school there. Having been away to learn his business, he had returned four years previously, now married with a daughter.

Andrée, with whom he had been to school, could almost be described as the village aristocrat, being the daughter of Dr Formier. They had lived in what remained of and was still referred to as a chateau. There had been no relationship between them when they were young, perhaps because Andrée was tall and rather statuesque, but also because their families did not move in the same circles. Whilst he was away, Andrée had married Nicolas Despierre, who owned the local grocery store and was quite well-to-do, although he was sickly and subject to fits.

Simenon tells his story in a very clever way - past, present and future all coming together. He doesn't immediately explain why Tony is talking at times to his lawyer and at others to a psychiatrist or the Juge d'Instruction. It is clear that he is suspected of a crime, but not precisely what. This desire on the part of the reader to find out what has happened to have the police take an interest in him increases as the book goes on until it becomes almost overwhelming. Bit by bit the story unfolds, but never obviously.

When Tony begins to receive anonymous letters we are not entirely convinced by his theory as to their origin, particularly since he has resolutely denied having received them. It is obvious that from his point of view what is happening is a nightmare in which at times he seems to be unable to distinguished between fantasy and reality. The worst part of the nightmare is that he is almost an onlooker, incapable of self-preservation.

He begins to dominate the narrative to such an extent and the psychology of the man is revealed in such detail that at times the story gives the impression of being written in the first person. Simenon is famous, of course, for the way in which he makes his characters psychologically interesting but nowhere more convincingly than in this novel. Nor is he the only one. We feel that, in spite of her rare appearances, we have grown to understand Andrée.

She is completely in thrall to a lust that is bound to prove dangerous sooner or later, and cannot let Tony go, even when it becomes clear that he wants to end their affair. If her obsession is lust, his is a guilt that is always with him and which defies all his attempts to live an innocent life with the wife and daughter he loves.

It is remarkable that so much can be included in such a short space and there is no doubt that this book has to be included amongst those that are likely to be read at a sitting.