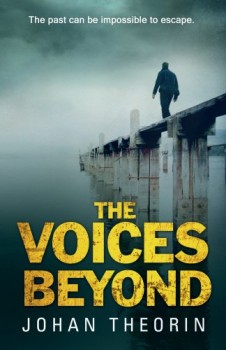 Jonas is excited about summer on the island where his family run a holiday resort. But when he encounters a terrifying ghost ship one night, only an elderly islander wants to solve the mystery that threatens the calm and peace of all visitors.

Thirteen-year-old Jonas Kloss can’t wait to spend summer with his older cousins at The Ölandic Resort, on the Öland island in the Baltic sea, owned by the influential Kloss siblings: his uncle Kent and aunt Veronica. He also sands and oils an old deck to earn some money, but becomes quite isolated, being left to his own devices and spends most of his time alone. His father Niklas, the black sheep of the family, having spent a couple of years in prison, works in the resort’s restaurant.

One night Jonas ventures in a rubber dinghy on to the moonlight sea. His peace is shattered when he nearly gets swept under the waves as a big ship, Elia, destroys his little boat. Jonas climbs aboard the ship where he finds unimaginable horror: the living dead. He manages to escape from an axe-wielding madman, swims ashore and runs for his life.

Elderly islander Gerlof Davidsson knows Öland like the back of his hand, and has a reasonable explanation for everything that might appear supernatural or mysterious, although he has heard many tales about ghosts, elves and dead sailors. Yet Gerlof can’t forget the knocking sound coming from under the ground while a coffin was being buried when he worked as a gravedigger’s helper in 1930. He also remembers a young boy, Aron, who then vanished from the island, seeking a better life in the New Country. But was it America?

Gerlof looks for the answers, and though very frail at the age of 86 he wants justice and fairness for all those who need it. And so he believes the terrified Jonas who comes running into his house in the middle of a hot summer night.

There is another character, silently moving between the holiday chalets: the mysterious old man Homecomer who seems bent on destroying the Kloss family, as he slowly accumulates weapons and leaves dead bodies in his wake. He has waited all his life to settle scores for a crime which had happened decades earlier, and the reasons become clear as the second narrative strand reveals his story.

The past and present bring Gerlof, Jonas and Homecomer together …

In The Voices Beyond Johan Theorin paints a picture of an idyllic summer place where holidaymakers flock in their thousands, unaware of the past, wanting sun and fun. But the terrifying history is never too far away and as the novel progresses we realise how difficult it is to escape an unspeakable past, and life-changing experiences that only leave unhappiness, loneliness and a thirst for revenge.

The author is a frequent visitor to Öland where his mother’s family - sailors, fishermen and farmers - have lived for centuries. The thoroughly researched novel does not shy from supernatural elements which are part of the local folklore and of the very realistic world that Theorin has created. The historical background to The Voices Beyond is not easy to read about as the New Country is in fact the horrendous Stalinist Russia; however, it provides an important context for developing the story and becomes a method to understand the characters’ motives. The final book in The Öland Quartet, translated by Marlaine Delargy, is powerful, unforgettable and ultimately heart-breaking.