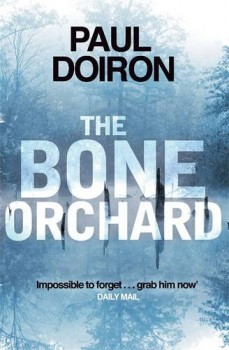 Mike Bowditch has left the Maine Warden Service and now works as a fishing guide, but when his mentor and friend Sergeant Kathy Frost finds trouble, he is compelled to get involved.

Maine Game Wardens have all the power of police, but spend much of their time regulating activities in the sparsely populated wild country for which the state is renowned. It is a job that suits Mike Bowditch to the ground, but he left in disgust at the politics which complicated so much of his work, and still hurting from the recent death of his mother.

His resignation did not impress Sgt Kathy Frost, who bailed him out several times after insubordinate behaviour got him in hot water. The two are still close, however, so when Frost is suspended after the shooting of Jimmy Gammon, a troubled war veteran, Bowditch pays her a visit. Shortly afterwards Kathy is also shot, by an unseen assailant, and it is only Mike’s quick action which saves her life.

Prime candidates for the shooting are Gammon’s ex-colleagues, but this line of enquiry goes nowhere. A troublesome neighbour also has a motive, and Kathy has earned herself many enemies in her career, but she is in no fit state to make suggestions. Bowditch is dissatisfied with the Wardens’ slow progress in locating the culprit, and becomes determined to take action himself.

This is the fourth book in the Mike Bowditch series, but contains enough backstory to avoid giving a new reader any problems. For all his problems and self-doubt, Mike is a natural at what he does, and it feels inevitable that the Wardens will be seeking his return before too long.

Bowditch always seems to be in the doghouse: despite his bad odour with Frost and her new colleague Tate, he is no favourite either with Jimmy’s parents nor Jimmy’s old buddies. Even the girl of his desires, Stacey, who he saved from a criminal boyfriend last time out, wants nothing to do with him. However, as usual, Mike shrugs his shoulders, puts his head down and gets on with it.

As with previous episodes in the Bowditch saga, the rugged outdoor setting is a permanent and interesting backdrop to the action. Doiron makes frequent and informed reference to the landscape, and the creatures that live there. It is not a particularly hospitable environment, being amply furnished with biting insects, but this is all the more satisfactory when the majority of human visitors have come expensively equipped to slaughter innocent wildlife.

This is a series that is improving all the time. The protagonist has all the right stuff but is engagingly humble about himself, and the background makes a change from the usual urban setting. This latest is well-paced, with exciting action scenes and a gripping finale, and, at the same time, all very credible. Altogether, The Bone Orchard is a great read.