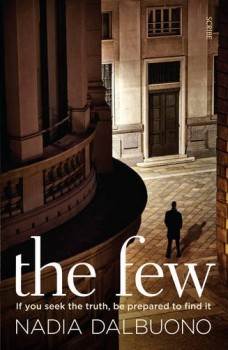 Detective Scarmarcio of the Rome police force is given a job secretly by his boss and told to deal with it without telling anyone else. Then a young man is found dead and a young girl goes missing on Elba.

Detective Scamarcio started life in Sicily. His father was a Mafia man but Scamarcio had chosen to go straight and had joined the Rome police force as a young man. Now coming towards the end of his career, his boss secretly hands him a folder of compromising photographs of a national politician and tells him to “deal with it.”

Investigating something like this in Rome is difficult enough without treading on the toes of other colleagues. So it seems convenient for Scamarcio to leave Rome and follow a lead to Elba. Whilst he is there a young girl goes missing.

The story is packed full of twists and turns with never a dull moment. This, together with the very fluent style of writing, makes the book a real page-turner. It is busy rather than being filled with long sections of description. Indeed, much of the description is done through dialogue. Yet a clear sense of the places in which the events happen comes through. At one point Scamarcio has to search a rough encampment in which a young suspect lives and the atmosphere inside and outside the caravans is used to provide a feel of the place.  As he strolls around the site in conversation with the group’s leader a very clear picture of it is built up.

There are many ways in which alternatives to lengthy descriptions are found. For example, when Scamarcio is looking in a hotel bar for the parent of a missing American girl, very clever use is made of stereotypical images of a baseball player and a firefighter, and even a surfing pro. By using the images in a negative way the reader is left with a realistic image of a parent with a missing child.

The dialogue throughout is a huge strength and in general the story progresses through a combination of dialogue and thought. For instance “Milan, reflected Scamarcio. Another connection to that place. ‘How long were you up there?’” This continuous mixture of internal and external dialogue ensures a fast pace throughout the book.

Italics appear to be used to recount anything to do with Scamarcio’s past. In the first part of the book each chapter begins with a section in italics, but the purpose and meaning of these sections are unclear. However this is only a very small criticism of what is to be welcomed as a wonderful new addition to the crime fiction coming from Italy.