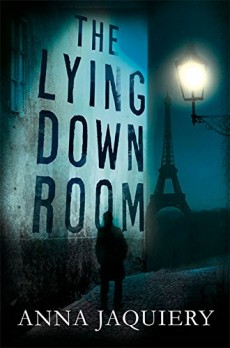 The Lying Down Room

Commandant Morel is called to investigate the case of an old woman found dead in her bed. It doesn’t take him too long to come to the conclusion that she did not die a natural death.

Commandant Morel is called when an old woman is found dead in her bed. There is clearly something unusual about the death. She appears to be almost fastened into the sheet, is wearing an ill-fitting wig and her face is very inexpertly made up. When another death occurs - again an old woman - in the same circumstances, Morel realizes that he is dealing with a serial killer, possibly one who is demented.

Witnesses claim it is likely both the dead women had been visited by a man and a boy who had been in the apartment blocks distributing religious leaflets. Much is made of this information and the reader is likely to be a little puzzled concerning what type of novel he is reading. He is told that a man and a boy had probably been involved in the murders and he knows from the prologue that such a pairing exists. It seems, therefore, that they are almost certainly the perpetrators of the crime and that we are not concerned with any kind of whodunit.

We are introduced to the man and boy immediately. The man is part of the queue for the exhibition of pop art at the overcrowded Centre Georges Pompidou and it becomes immediately obvious that he dislikes pop art and its pretentiousness. More than that, however, he appears to dislike all the people around him. The only reason he is there is to meet the boy, who is late, but who eventually appears. But who are this man and boy and why in such a crowd are they of any importance?

The difficulty is that the one event cited as the primary cause of his mental trauma seems insufficient to have caused it. Of course, it is not possible to say that it might not have led to such a result, but we are here concerned with fiction and in the context of this novel it seems unlikely. Even taken in conjunction with the effect of childhood neglect on his boy companion, it remains an unconvincing premise in spite of the author's emphasis on it in the frequent flashbacks. These, incidentally, have the effect of slowing down the narrative to the point where it becomes rather dull.

The other rather distracting feature of this novel is that it appears to have been planned as part of a set featuring Morel and it is not immediately obvious why certain characters have a place in the novel at all. The policeman, Abdelkader, is introduced at the beginning of the story and Morel describes him as a smart man. However, he doesn't attempt to recruit him to the team and he virtually disappears, Morel preferring another policeman whom he regards as not even suited to the job. Morel's wife, Mathilde, makes a brief appearance but not for any purpose that we can see. One has the impression that both of these are to feature in a follow-up at some point, but they are quite unnecessary here. Similarly, Lila's pursuit of Jacques Dufour has absolutely nothing to do with the case, except, perhaps, to emphasise her tendency to insubordination – something the reader will already have grasped.

This turns out to be a book that seeks to build up suspense – in fact, succeeds in doing so – but then fails to provide an adequate explanation for it. We ought to be interested in the fate of Armand and Amin but it is difficult to be so and the story rather peters out.