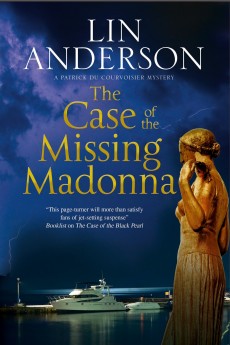 The Case of the Missing Madonna

Patrick le Courvoisier is trying to forget his past by living on a boat in Cannes and doing some PI work for people. But the British spooks have other ideas and want him back in the fold.

Patrick le Courvoisier is perfectly happy with his life in Cannes, living on a gunboat with his dog Oscar. But his former paymasters in England have other ideas – even if our man gives them short shrift and breaks the record for the shortest appearance at a Buck House garden party before stomping back to France.

The locals in Cannes know Patrick, who’s a Brit despite his surname, as Le Limier – the Fixer. And he can be relied on to do some discreet snooping around when there are problems to be solved. So he’s called in by monks to search for a raunchy painting of the Madonna that’s gone missing from the island monastery. And Brother Robert wants the investigation kept quiet, as it’s not the usual treasure kept in holy vaults!

Patrick is still doing his best to ignore the English spooks who feel they still own his loyalty. But he gets dragged into an old enemy’s investigations into missing World War II treasures which, if discovered, would get the Royal Family twitching.

That’s the one faintly annoying thing about the story – two books in and you do expect to have more of the backstory there. The cryptic comments about le Courvoisier’s history are starting to get tiresome. And the blasts from his past aren’t entirely surprising as the tale progresses.

If you can put up with this, The Case of the Missing Madonna is a slick thriller with fast cars, pretty women, picturesque locations and heart-stopping action sequences. Given the setting, the fact that a lot of these are underwater isn’t too much of a surprise.

Lin Anderson makes good use of her setting, with exotic derring-do around the south of France and Italy. And she provides a backbone to the story with a plausible historical theory or two. She’s good as well on cameos, as Patrick has an eccentric range of friends to help him out of a fix, from the Madam of the town brothel to a fisherman.

There’s nothing particularly new here, but it’s a rattling good adventure, told well. And quite often, that’s all this long-suffering reader wants.