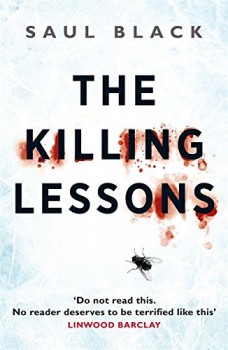 The hunt for a serial killer brings a San Francisco homicide detective to the edge of physical and emotional collapse, but it’s a long and bloody journey and Valerie Hart has no choice but to follow.

San Francisco homicide detective Valerie Hart is a woman on the edge, physically and psychologically. She’s been working the same serial killer case for three years with her partner Will, and even her boss can understand the depression inherent in not catching a break for so long. Valerie’s last case, the brutal torture, rape and murder of a young woman, cost her her lover, possibly her sanity and definitely her sobriety.

The FBI agent on the case has been replaced, and Valerie can’t decide if the new girl has a problem with her, or whether it’s her own paranoia about her past actions resurfacing. But along with the fresh blood on the team comes a breakthrough – their first suspect. No way is Valerie going to let history get in the way of solving this case, especially when another body is discovered and another girl is abducted.

The clock is ticking, and with the world against her, Valerie is determined to save at least one woman from the horrors wrought by this killer.

The Killing Lessons is not a book for the faint-hearted. It’s almost an encyclopaedia of violence towards women. From start to finish, this novel in unapologetically graphic, visceral and at points difficult to read even for the most hardened of crime fans.

Some of the characters don’t quite ring true, particularly the somewhat child-like FBI agent Clara. And the author does spend pages waxing lyrical on how the connections and evidence that come so easily to investigators on television shows don’t just happen in real life – before Valerie discovers the killer’s identity in a random way.

Yet these minor faults don’t detract in any way from the relentless pounding of the narrative in ever-decreasing circles towards the final showdown of its practically immortal heroes and villains. This is perhaps the most disturbing book I’ve read in a long time. For die-hard fans of serial killer fiction, it won’t disappoint.