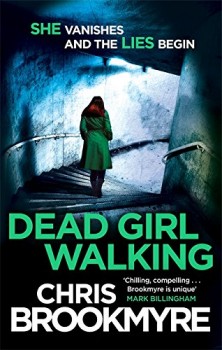 Disgraced journalist Jack Parlabane is hired to find a missing pop diva. His search takes him across Europe, into the murky backstage world of rock – and into danger.

In more than 40 years in journalism at local, provincial and national levels, I met drunks, druggies, crooks, egoists, the politically motivated, the naive, even survived the ghastly Piers Morgan – but never came across anyone like Jack Parlabane.

Post-Leveson, Jack and his methods of obtaining stories are disgraced. He is being questioned by police and faces prison. His marriage is shattered, his self-respect gone. When he and his dubious investigative techniques are hired by the sister of an old friend to find a missing pop diva, he is plunged into the world of sex, drugs and rock’n roll, its murky backstage demi-life and deadly danger as he pursues his quest from a Scottish island halfway across Europe.

Jack’s life, let alone his techniques – the nearest I ever got to high-tech spying was watching The Sun’s phone-tapping private eye Glen Mulcare play football for AFC Wimbledon – left me cold, until I got into this convoluted and clever tale and in the end I thoroughly enjoyed it. Bursting with both verbal and narrative energy and bags of mordant humour, its country-hopping plot is reminiscent of John Buchan, but the music and media references are as modern as Simon Cowell or Will-I-Am.

A large part of this is due to the story being alternatively told by Jack and Monica Halcrow, the newly-hired, classically-trained violinist of the group whose lead singer is missing. The relationship between the naive Monica and the driven Heike Gunn, told in the first person, is surprisingly convincing and well written. Brookmyre, as well as having a lively imagination, writes the female roles well, although his characters all tend to speak with a masculine voice.

The action storms along at a furious pace and will keep you engaged throughout what is a tour of gigs for a band on the verge of hitting the international big time. Most human emotions are well and believably presented – and the final, if somewhat stretched, twist of the plot sets Jack’s future adventures up nicely.

This is hardly the greatest book I’ll read this year, largely because of my problems with reconciling the character of Jack with either a man of principle or any reporter I’ve known. But it really is a very good story of the price of fame very well told – and if you haven’t got my hang-ups, you’ll be bound to enjoy what is a cross between a psychological thriller and a fast, action-packed adventure that brings the Thirty Nine Steps bang into the 21st century.