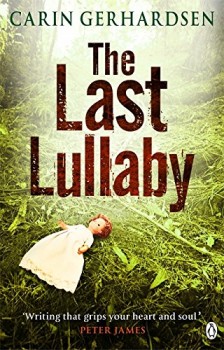 Inspector Conny Sjöberg unearths a tale of revenge and guilt and how nearly forgotten events from the past can still shape people’s lives when he investigates the murder of a woman in an expensive Stockholm apartment.

Inspector Conny Sjöberg, who works at Hammerby police station, is called to investigate a brutal killing of a family in their expensive Stockholm apartment. The bodies of Catherine (Kate) Larsson and her two young children were found lying on the bed, appearing to be sleeping peacefully until the team of criminal investigators took a closer look. Because then blood dried on the bedding was visible. The victims’ throats had been cut without any signs of struggle.

It’s a difficult start for the team as there are no clues and not a shred of evidence. The murder inquiry begins with researching Catherine’s circumstances. She was originally from the Philippines, married a Swedish man, father of her children, and was now separated from him. She worked very hard as a cleaner but that could not explain how she was able to afford to live in one of Stockholm’s exclusive areas.

Her dejected and depressed ex-husband Christer is questioned, as well as her closest friend and the employees of the day centre who knew the children. A nice and kind man is mentioned. After trawling through Catherine financial affairs it becomes clear to the police that a rich benefactor must have helped her. But what kind of person would want to pay over two million kronor for someone else’s apartment?

At the same time the mysterious disappearance of Einar Eriksson, one of Conny’s colleagues, hampers the team’s work. Conny takes over Einar’s tasks. Until then no one at the station had realised how important the role the grumpy and moody Einar had played in their professional lives. He never talked about himself. Conny uses some dubious methods to find out more about Einar and so a picture of a very private, devoted and a desperately lonely husband begins to emerge.

The second strand in the book involves Conny’s search for some answers relating to his family. His mother clams up when asked about their past, family and his late father, and only when he finds a document stating that his mother owns a plot of land in Aborga, east of Stockholm, does he manage to get to the truth. The result is sad and shocking. Yet it helps to explain the puzzling matter of Conny’s dreams and a strange woman Margit with whom he’s having an unusual affair. This element of the story, however, I found not quite palatable.

The case spans only five days of investigation, and is resolved. Conny and his colleagues get all the answers but realise how closely past and present can be linked, and how the terrifying thirst for revenge can destroy people’s lives.

The issues from previous cases are mentioned in this book and I suppose it would make much sense to read The Gingerbread House and Cinderella Girl first to catch up and have a better understanding of the characters. However, this third instalment in the Hammerby series by Carin Gerhardsen can be a great introduction to Conny’s private life and his work as a detective.