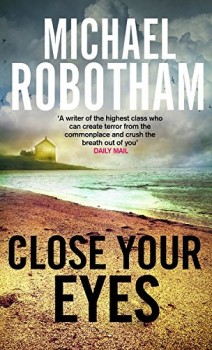 Clinical psychologist Joe O’Loughlin reluctantly agrees to help police investigating the murder of a mother and daughter after one of his former students leaks information to the press.

A mother and her teenage daughter are found murdered in a Somerset farmhouse. Elizabeth Crowe has multiple stab wounds, while 17-year-old Harper has been laid out to look like Sleeping Beauty awaiting her handsome prince. And a pentagram has been daubed on the living room wall.

Elizabeth’s ex-husband and her adopted son don’t seem overwhelmed with sadness by her death. And she turns out to have what might politely be called an active sex life among the doggers of the area – none of whom are overjoyed to be visited by the police.

Professor Joe O’Loughlin is a clinical psychologist who reluctantly agrees to help the police. Emilio Coleman, a former student of Joe’s – and definitely not a top of the class one – has barged onto the enquiry, traded on Joe’s name and leaked information to the media.

Joe has problems of his own. He has Parkinson’s, and is also wondering why his estranged wife Julianne has invited him back to stay with her and their two daughters. Oldest daughter Charlie is being secretive about her university plans, and has demons of her own to deal with, linked to her father’s past cases.

This is a series I’ve been fond of over the years, despite the present tense writing. Joe is aided and abetted by ex-cop Vincent Ruiz, the oldest arse-kicker in town! Earlier books have been through Ruiz’s eyes, but the recent ones have settled well into a west country setting, anchored firmly in Joe’s perceptive brain.

I’m not entirely convinced by the character of Det Chief Supt Veronica (Ronnie – ho, ho, ho) Cray, the female cop. Lesbian stereotype, much? The dialogue tends to be stilted and often flags when she’s around. And her sidekick DI Colin Abbott (aka Monk – nurse, my sides) is pretty forgettable.

The plot is perfectly brisk and serviceable, despite the flashbacks told from the baddie’s point of view which don’t bring much to the party. That’s one genre trope that’s starting to go stale. But it’s the lead character who really makes this book and ensures it’s a must-read series. And if your eyes don’t go moist at the punch-in-the-gut ending, done in an effectively understated tone, you have no heart!